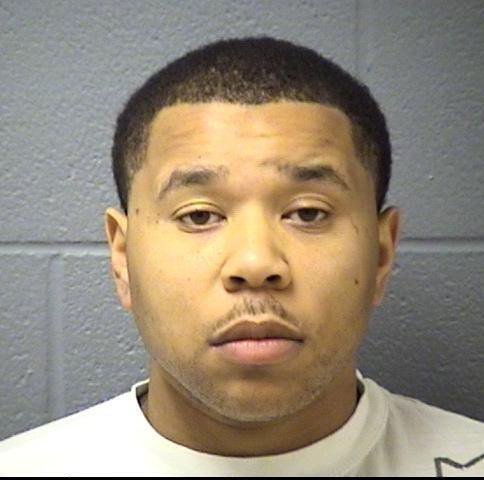 Christopher Thompson, of Joliet, is being held at the Will County Adult Detention Center, after being charged with murdering another man Saturday in a Joliet restaurant.

A Will County judge on Monday set bond at $10 million for a 31-year-old Joliet charged with one count of homicide and unlawful use of a weapon for allegedly shooting and killing 29-year-old Gerardo Franchini, also of Joliet, on the morning of Saturday, Aug. 3 at a restaurant.

Christopher Thompson, of 712 S. Joliet St., was arrested at 9:16 p.m. after police located him at a residence in the 2300 block of Carnation, in Crest Hill, following the shooting, police said.

Thompson entered Louis’ Family Restaurant, 1001 W. Jefferson St., in Joliet, just after 9 p.m. armed with a handgun, according to police. Thompson approached Franchini, who was seated at a booth with his wife and two children, and shot multiple times at point blank range, police said.

There were numerous patrons in the restaurant at the time of the shooting, but no one else was injured, according to police.

When police located Thompson a short time later at the Crest Hill residence, he surrendered without further incident, police said. He also was charged with felony trafficking of a controlled substance.

Thompson is being held at the Will County Adult Detention Center.

The murder remains under investigation. Anyone with further information is asked to call Joliet Det. Laurer at (815) 724-3385.