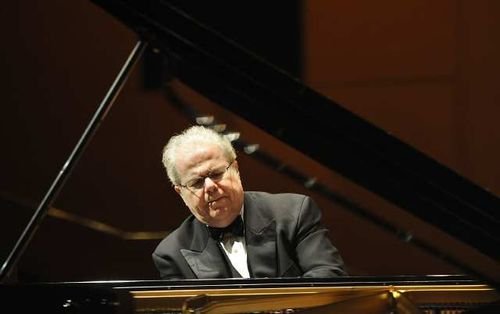 In a program of compositional "heavyweights" that more resembled an evening at The Proms or at the Royal Festival Hall in London, no doubt familiar territory to Manze, this was a night that promised much and, indeed, delivered on all counts.

Rather than featuring anything by Mozart, as one would expect at a Mozart festival, the night's program was all about Beethoven, with his highly evocative Symphony No. 6, "Pastoral," to conclude the evening after the interval. Emanuel Ax began by performing Beethoven's Piano Concerto No. 2 with the artist playing Beethoven's original cadenzas. Ax's reading of this oft-played piece was precise, but layered with emotion. The arpeggios and sustained trills of the left hand were as crisp and brilliant as points of light in the constellations in the opening Allegro con brio. The Adagio showed Ax's brilliant command of Beethoven's towering vision of the work, with both he and Manze leaning into the work with depth of feeling, without going overboard into Schmaltz. The concluding Rondo: Molto allegro saw Emanuel and Manze kick things into high gear, while retaining a modicum of constraint that allowed the contrapuntal themes repeated by Beethoven from the earlier movements, to ring through the intricate netting of new motifs that were sprinkled throughout this delightfully exuberant masterpiece. 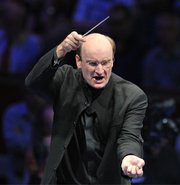 Andrew Manze's interpretation of the Symphony No. 6, "Pastoral" was true to Beethoven's vision of the piece as, in the composer's words, "more an expression of feeling than painting." Although one of his most unabashedly programmatic works, it still stands as one of Beethoven's great achievements of structure and daring content in symphonic form. Depicting a walk in the country, the composer's encounter with a group of dancing peasants, a quiet reflective moment by a brook, and then his survival of a raging storm and a concluding song of thanksgiving, the much-beloved "Shepherd's hymn," Manze and the festival orchestra practically danced through this riveting piece. Tempos were bright and unhurried. Manze was careful to bring out the composer's underlying themes, while letting melodic configurations soar above the dense orchestrations with majesty. The Shepherd's hymn read like a benediction of hope and redemption that resonated beyond the work's conclusion.