The Lee Daniels 'The Butler' Interview 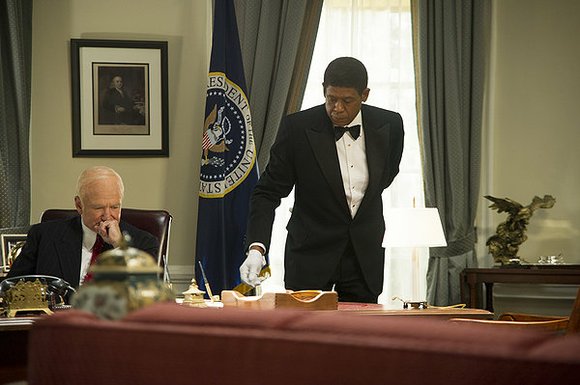 Lee Daniels is best known for directing and producing the Academy Award-winning film Precious which was nominated for a half-dozen Oscars in 2010, including his two for Best Picture and Best Director. Mo’Nique won for Best Supporting Actress while scriptwriter Geoffrey Fletcher landed another for Best Adapted Screenplay.

Here, he talks about his new picture, The Butler, a civil rights epic recounting the real-life story of an African-American who served in the White House at the pleasure of eight presidents, from 1952 to 1986.

KW: I was born in the Fifties so all of the ground you cover in terms of the father-son relationship and the Civil Rights Movement resonated with me and touched me very deeply.

LD: That makes me feel good. Thank you very much.

KW: So, what inspired you to make the movie?

LD: What attracted me to the project was the father-son story which I looked at as a love story with the Civil Rights Movement as a backdrop. That was intriguing to me both because I’d had issues with my own dad, and because I have issues with my teenage son. I think the father-son love story is a universal one which transcends color. That’s what was sort of there on the page, but it wasn’t until I started shooting that we began getting into the Woolworth’s sit-ins and the Freedom Riders with the Molotov cocktails that I asked myself, “What have I stumbled upon?” It was then that I realized the film was much bigger than just the father-son story.

KW: Did you decide to tackle the civil rights material because of the Trayvon Martin shooting?

LD: No, it hadn’t happened when Danny Strong wrote the script, including the line “Any white man can kill any of us at any time and get away with it.”

KW: You got Oscar-winners in Forest Whitaker, Cuba Gooding, Jr., Jane Fonda, Vanessa Redgrave, Robin Williams and Melissa Leo, and Oscar-nominees in Terrence Howard and Oprah Winfrey to come aboard. How were you able to assemble such an outstanding cast?

LD: My usual way… throwing out a net, and fishing. [LOL] This one was easy because the material was so good. The actors I approached took the bait because they wanted to serve the material. We really didn’t have any money to pay them, so most of them lost money in relation to what their normal acting fee would be.

KW: Harriet Pakula-Teweles asks: How has the tempest over re-using the title The Butler affected you?

LD: Well, I just finished editing the movie five days ago. When did you see it, Kam?