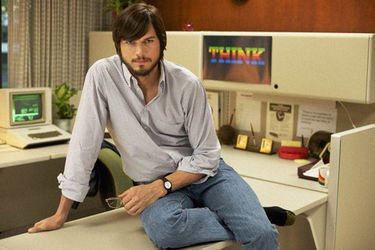 Paranoia (PG-13 for profanity, sexuality and violence) Espionage thriller about a rising corporate superstar (Liam Hemsworth) who finds himself caught in the middle of a deadly game of cat-and-mouse being played by a couple of rival billionaire CEOs (Gary Oldman and Harrison Ford). With Richard Dreyfuss, Amber Heard and Lucas Till.

Ain’t Them Bodies Saints (Unrated) Fugitive drama about an outlaw (Casey Affleck) who makes a daring escape from a Texas prison in order to be with his gun moll (Rooney Mara) and the young daughter (Kennadie Smith) he’s never met. With Ben Foster, Keith Carradine and Nate Parker.

Austenland (PG-13 for sexual innuendo) Keri Russell stars in this romantic comedy about an eligible “Pride and Prejudice” fanatic who travels to a Jane Austen theme park in search of Mr. Right. With Jennifer Coolidge, Jane Seymour and Bret McKenzie.

The Patience Stone (R for profanity, sexuality and violence) Female empowerment flick, set in war-torn Afghanistan, revolving around a woman (Golshifteh Farahani) who finally summons up the courage to share a lifetime’s worth of frustrations with a husband (Hamid Djavadan) left paralyzed and in a vegetative state by a bullet in the neck. With Hassina Burgan, Massi Mrowat and Faiz Fazli. (In Persian with subtitles)

Spark: A Burning Man Story (Unrated) Back-to-nature documentary offers a revealing peek at the challenges involved in staging an annual, week-long gathering of 60,000 free-spirited hippies in a temporary city erected on a windswept Nevada desert.

Standing Up (PG for bullying, brief smoking, mild epithets and mature themes) Screen adaptation of “The Goats,” Brock Cole’s young adult novel about two kids (Chandler Canterbury and Annalise Basso) forced to fend for themselves after being stripped naked and stranded on an island by fellow summer campers. With Val Kilmer, Radha Mitchell and Keith Flippen.


This Is Martin Bonner (Unrated) Paul Eenhoorn stars as the title character of this unlikely-buddies drama about a newcomer to Reno, Nevada who forges a friendship with a recent parolee (Richmond Arquette) he helps while volunteering at a non-profit charity. With Sam Buchanan, Robert Longstreet and Demtrius Grosse.