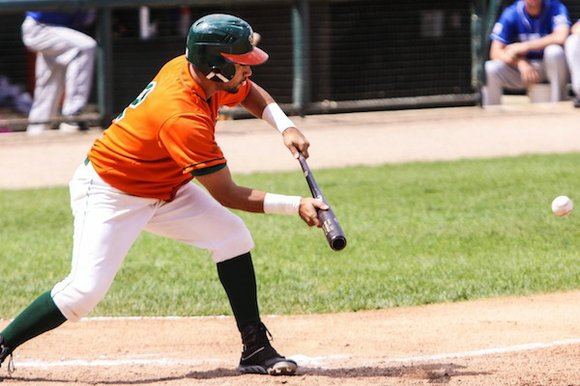 The game was one of the longer ballgames of the season at three hours and 26 minutes but if you include the rain delay during the third, the game lasted over four hours.

The contest was dominated by offense as Lake Erie scored 15 runs on 17 hits and Joliet scored 5 runs on 11 hits.

The scoring was highlighted by three home runs with Russel Modenhouer recording the first home run in the first inning to put Lake Erie on top 3-0. In the bottom of the third the lead was cut to 3-2 after Marquis Riley crush a ball over the right field wall for a two run shot.

However in the third, the Crusher took control, scoring six times with Juan Sanchez connecting for a Grand Slam. The long ball was the first home run for Sanchez.

With only 19 games left on their regular season schedule and hovering around the cellar of the Frontier League West Division after losing their fifth straight game, the Slammers are looking to get hot heading into the playoffs and close the 14 game distance between Joliet and the division leading Schaumburg Boomers.