A Brand New Problem for Republicans 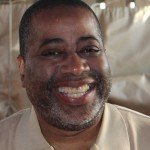 During the past year, we have watched monumental change take place all over the world; not just in terms of democracy, but in terms of culture, law, and politics, etc.

Our major institutions have not been immune from this change that is sweeping across the globe. There has been a major push to redefine what a family is; we have redefined marriage; we have redefined sexuality—no longer is there male or female, now there is other; there are now gay Christians; we now have Christian gangsta rappers, etc.

Everything seems to be changing other than the Republicans approach to engaging the Black community.

My readers know, that I think the RNC, under chairman Reince Priebus, seems to be the only one that has had a substantive approach to dealing with this issue. He has hired Black staffers, he has gone into the Black community, and he actually listens to Blacks who bring ideas to him that make sense.

Now juxtapose that with our members of the House, Senate, and our 30 governors.

In June, there were two major decisions issued by the Supreme Court—voting rights and affirmative action. Neither the house or senate leadership had any coordinated response that would speak directly to the Black community. Even more problematic is the fact that the leadership in the Congress has no Black Republicans that they seek out for advice and guidance.

You have White members and their staffs who think they know more about the Black community than a Black person. You have absolutely no engagement with the Black media from these members.

The Democrats constantly parade Black liberal all over various news outlets. They constantly brand the Republican Party as racist, bigoted, and non-caring about the poor. And what is our party’s response? Total silence.

In PR, a brand that is allowed to be denigrated beyond a certain point with no one to defend it; sooner or later becomes damaged beyond repair.

So, it is no wonder that when Blacks are asked their thoughts about the Republican Party, you hear words like: racist, against Obama, don’t like poor people, homophobic, voter suppression, etc. We must fight this onslaught in the media, but Republicans have very few Blacks with credibility to utilize in this capacity.

With the winds of change blowing all around, the Republican Party’s leadership seems to be stuck in the past. If they continue to surround themselves with the same white staffers, White consultants, and white media advisers, guess what—let me paint the picture for you.

There will be no more marriage (as we know it), there will be open borders, taxes will be north of 90 percent, and Republicans will be true minority party (as in numerically).

Republican governors are passing ID laws loaded with things that undercut their whole message. North Carolina is a perfect example. I am a huge supporter of voter ID, but it is insane not to allow a student to use their college ID as valid identification. This indeed does open the door for the liberals to use the race card. We must be smart with our legislative agenda, not just be right.

What is ironic about North Carolina is that the governor’s chief of staff is Black. But this fact proves my point. Just because a person is Black, does not mean he understands PR or media strategies. North Carolina presents an opportunity to study, in real time, the impact that a negative brand can have on actual elections. On paper, we should be able to pick up the senate seat there next year; but my greatest fear is that our brand will be so bad as a result of the recently passed voter ID law, that we will lose an easy pickup.

Being right is not enough. We Republicans are very good at utilizing our majorities to force our political agenda into law; but we are horrible in explaining to those outside of the party why and how our actions will benefit them.

Unfortunately, this is not a brand new problem; but rather a brand problem.