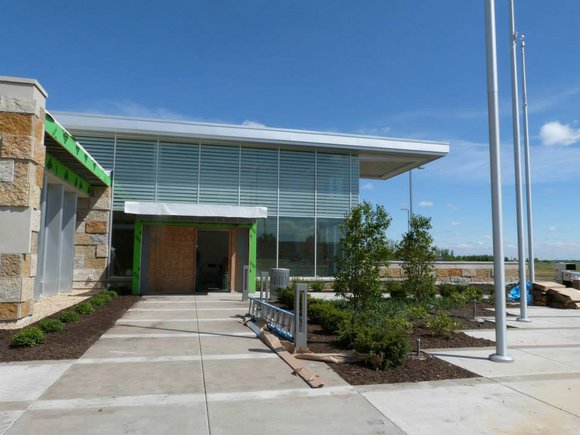 The Crest Hill Branch of the White Oak Library District will open its doors on Sept. 16.

The three-building expansion project of the White Oak Library District will be completed in September. The projects, funded by the February 2010 building bond referendum, started in 2011 when the Romeoville Branch Library received a complete renovation and opened to the public in the summer of 2012. The Crest Hill and Lockport library projects, which both began in 2012, will be completed next month. The new building in Crest Hill and the completely renovated facility in Lockport will be opening to the public within a week of each other.

The timelines for closing the existing buildings and opening of the new facilities are as follows:

The current Crest Hill Branch located on Theodore Street will close at 5 p.m. Saturday, Sept. 7th. Between September 8th and Sept. 15th, library services in Crest Hill will be suspended to accomplish the move of materials into the new library building at 20670 Len Kubinski Drive. Both the Romeoville and Lockport branch libraries will be open to serve Crest Hill patrons during the closure.

Work continues on the Lockport Branch of the White Oak Library District.

The Lockport Branch of the White Oak Library District, currently housed in the Gaylord Building, will close at 5 p.m. Sunday, Sept. 15th. Between Sept.16th and Sept. 22nd, library services in Lockport will be suspended while materials are moved into the renovated building at 121 E. 8th Street in downtown Lockport. Both the Crest Hill and Romeoville branch libraries will be open to serve Lockport patrons during the closure.

The $4.5 million renovation and new two-story addition were designed by PSA Dewberry Associates and constructed by Frederick Quinn Corporation. When the Lockport Branch opens on Monday, September 23rd, the public will be greeted to a like-new facility that includes a computer lab, quiet reading room, private study rooms, meeting room space, teen room, and a story time room.

Friends of the Library, board members, administrators, and staff will be conducting public tours of both buildings on their opening days.