WASHINGTON (NNPA) – The 50th Anniversary for the March on Washington for Jobs and Freedom celebrated a more diverse coalition and needs, but the central themes resonated around voting rights, jobs, gun violence and equality in minority communities. 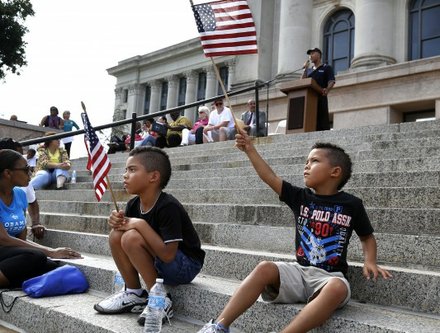 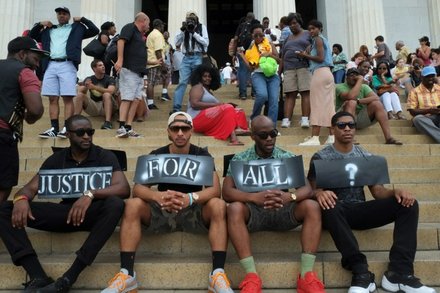 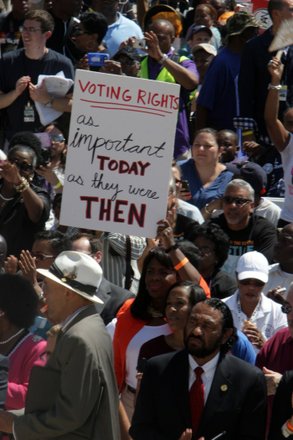 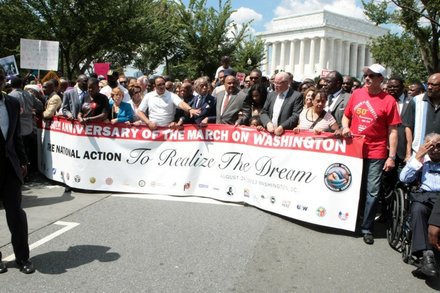 At this year’s march, Blacks, progressive Whites and the labor movement were joined by Latino groups and Native Americans, Asian Americans, the Gay and Lesbian community and members of women’s rights and children’s rights organizations to protect Dr. Martin Luther King, Jr.’s dream.

“Their march is now our march,” he said. “Our focus has broadened to include the cause of women, of Latinos, of Asian-Americans, of lesbians, of gays, of people with disabilities and of countless others across this great country who still yearn for equality, opportunity and fair treatment as we recommit ourselves to the quest for justice.”

Al Sharpton, founder of the National Action Network and one of the key organizers of this year’s “National Action to Realize the Dream” said the march was built on activists who stood on the same ground five decades earlier.

Sharpton upbraided those who denigrate past suffering.

“Don’t act like whatever you achieved you achieved because you were that smart, you got there because some unlettered grandmas who never saw the inside of a college campus who put their bodies on the line in Alabama and Mississippi and sponsored you up here.”

Fifty years ago, Dr. King said that America gave Blacks a check that bounced in the bank of justice and was returned marked insufficient funds.

Sharpton said that we re-deposited the check, only to have the check bounce again.

This time it was marked ‘stop payment,” he said.

Sharpton said it was only natural that today’s coalition is broader than it was in 1963.

Sharpton said that the bogus arguments about ‘well, they didn’t suffer like us’ or ‘they aren’t as bad as us’ are irrelevant today

“The most insane thing for sick people to do is lay up in the hospital debating about who is the sickest,” said Sharpton.

Sharpton added: “We all need to unite and get well together.”

Congressman John Lewis (D-Ga.), the only surviving speaker from the 1963 March on Washington, echoed Sharpton’s appeal to a broader audience.

Joseph Lowery, a co-founder of SCLC and one of its past presidents, talked about the intervening years between 1963 and now.

Myrlie Evers-Williams, former board chair of the NAACP and wife of slain civil rights leader Medgar Wiley Evers, implored marchers to stand their ground for justice and equality.

“I ask you today to flip that coin and make stand your ground a positive meme for all of us who believe in freedom and justice and equality and that we stand firm on the ground that we have already made and be sure that nothing is taken away from us because there are efforts to turn back the clock of freedom,” she said.

Jesse Jackson, who attended both marches, recalled the time he spent as an aide to Dr. King.

“His [King’s] mission was to disturb the comfortable and comfort the disturbed and he was determined to remain permanently maladjusted until all of God’s children had a meal for their bodies, education for their minds, and health care for their infirmities,” Jackson said.

Families from across the nation attended the march together, the tragedy of the shooting death of Trayvon Martin and the underlying consequences of racial profiling heavy on their hearts.

“We’re raising two boys and to know that this society continues to be a society based on injustices and to think what happened to Trayvon could’ve easily happened to our own boys, we wanted to give them an opportunity to experience this and to be a part of history and for us to share this together as a family,” said Bernadette Jones who traveled from Monroe, N.J.

Looking past the march, she said that each day counts and that she wanted to make sure that her sons know that they have a role in this society and to know what they do, moving forward, will determine their destiny.

“This world continues to be cruel and there are a lot of false perceptions about what it is and what it isn’t,” said Jones.

Fourteen-year-old, Garon Jones, Jr. said that it was great to be a part of something that only comes around every 50 years, and plans to remain active in the civil rights movement in his own community.

“I want to make sure that no one is racially profiled by the color of their skin and that they are judged by the content of their character,” said Garon Jones, Jr.

Mtangulizi Sanyika, former professor of African World Studies at Dillard University in New Orleans, attended the 1963 march and noted the differences between that march and the 2013 march.

Sanyika said that this year’s march addressed a wider range of issues from racism to anti-war issues to immigration reform, over incarceration issues, and protection of children’s rights issues women’s rights issues.

“That is the brilliance of this march,” said Sanyika. “It’s a mass tent. It’s a mass process. You have a wide variety of issues on the table. It’s fundamentally good that something like this happened, because it shows the energy for mass movement for progressive democracy in this country.

Sanyika added: “It demonstrates that this movement is still alive.”

Sanyika also said: “We have a set of issues beyond what we had in 1963, which was civil rights legislation and jobs. Here you see the full maturation of mass-based Black politics. I think this march was of extraordinary significance for those reasons.”