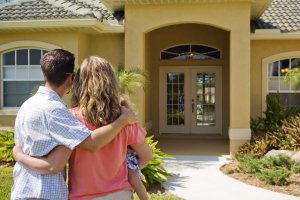 “For decades, low down payment loans have been used with great success to promote sustainable homeownership, particularly for low-to-moderate income families and people of color,” wrote the leaders. “Furthermore, low down payment loans did not cause the current foreclosure crisis – irresponsible underwriting and toxic loan terms did.”

Nikitra Bailey, executive vice-president with CRL added, “While families and communities struggle to recover from their tremendous lost wealth, no community should be left behind. All Americans deserve to be part of the nation’s financial recovery. . . .Without that access, the nation’s wealth gap will only grow wider.”

Government-mandated down payments of 10 percent or 5 percent are currently under consideration in Washington. CRL’s research shows that for the average family, it would take 22 years to amass a 10 percent down payment. But for African-American families, 34 years of saving would be needed, and 21 years for the typical Latino family.

Even if government would mandate a 5 percent down payment, the typical African-American family would wait 28 years to become homeowners and 17 years for the average Latino family. Overall, America’s average family would need to save 14 years for a home.

These savings fail to take into account the closing costs, which typically are an added 3 percent of the cost of the mortgage. Further, there seems to be no wisdom in requiring these homeownership delays when so many families have sustained their low down payment mortgages.

For example, Federal Housing Administration mortgages typically require a minimum of 3.5 percent of the purchase price and can include most of the closing costs and fees in the mortgage payment. According to FHA, 78 percent of 784,000 mortgages made in 2012 were to first-time homebuyers. Similarly, 86 percent of 88,000 Veterans Administration (VA) mortgage loans went to first-time homebuyers in 2012 and were acquired with no down payment costs.

A recent joint study by CRL and the Center for Community Capital at the University of North Carolina found that among borrowers who took out a mortgage from 2004-2008 and were current through February of 2011, 60 percent of successful Black mortgage borrowers would have been excluded if a 10 percent down payment had been required. A 5 percent down payment would have excluded 33 percent of successful Black borrowers.

These data points become even more disturbing when the nation’s growing diversity is considered. By 2060, according to the Census Bureau, 57 percent of the U.S. population will be comprised of minorities. Over that period, the Black share will grow from 41.2 million to 71.8 million (from 13.1 percent to 14.7 percent of the population).

The irony of these proposals is that government broadened access to homeownership through its post -World War II policies. As homeownership grew, so did family wealth.

“What began as a mortgage became the bedrock for family wealth”, observed Bailey. “That is the American Dream we must fight to preserve in 2013. . . . We must wage strategic and focused efforts to force policymakers to enact reforms that benefit low wealth families, not just the wealthy.”