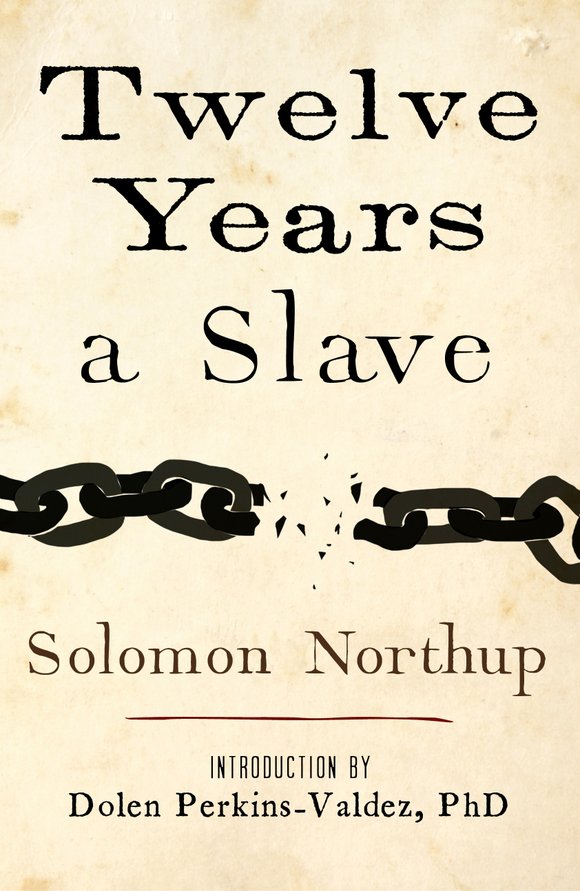 Nobody could tell them like she could, either. She was full of tales of caution and thrift and could remember things that happened back when she was a girl. She even knew stories about her own grandparents, the lives they led, and how they survived.

Sometimes, you wish you could have a talk with those ancestors of yours. You can’t… but you can learn from a voice of 150 years ago by reading “Twelve Years a Slave” by Solomon Northup.

Born in July, 1808, Solomon Northup was the grandson of slaves, the son of a free man, born a free man himself. He lived in New York, married a “colored girl” with “the blood of three races” in her veins, which gave her a “singular but pleasing expression.” They had three small children and were enjoying a certain level of prosperity when Solomon, trusting two new friends, went to play his violin and was poisoned, captured, beaten, renamed “Platt” and sent to the south as a slave.

His first master was a “kind, noble… Christian man” named Ford who, perhaps, could’ve been trusted with the facts of abduction and enslavement. Still, having been beaten into silence once, and threatened, Platt kept the truth to himself and worked hard. Later, Ford fell on hard times and reluctantly sold his slaves, though he retained some ownership of Platt.

As much as his first master had been kind, Platt’s second master was cruel, as was his third and last. John Tibeats had almost killed Platt because Platt dared to stand up to his rage. Edwin Epps alternated between anger and drunkenness, and ran his small plantation with a handful of slaves and regular whippings. Platt tried to escape once, but returned to his master’s plantation for safety.

For twelve years, Platt kept quiet, his eyes open for a real opportunity to flee and return home to his wife and children. For a dozen years, he endured 20-hour workdays, meager rations, and daily beatings.

And then he met the man who put into motion events that would save his life.

Get a dozen pages into “Twelve Years a Slave,” and you could be forgiven for forgetting that this isn’t a novel. It surely reads like one – that is, until author Solomon Northup slams us into reality. We read statements such as that Epps couldn’t let Northup die because it would’ve meant “the death of an animal worth a thousand dollars,” or that another slave hoped “his master would buy me” - thus reminding us, and not gently, that this book is a memoir.

And yet, despite that brutality, Northup exhibits a sense of sly humor here. He comments on the absurd to the point that you can almost hear his eyes rolling from 1853, the year this book was originally published.

Even if you’ve seen the movie, I think you owe it to yourself to read this book on which it’s based. For readers who love history, “Twelve Years a Slave” is one incredibly powerful story.