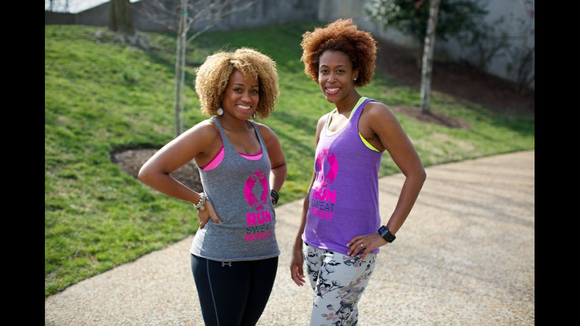 "Black History Month is an opportunity to honor and pay homage to African-Americans who have made a significant impact on our history and in our communities."

"Definitely the Civil Rights Movement. It is a great example of the resilience of our community. It's really been the only time in history that we've come together for the greater good of our people."

"W. E. B Dubois and Malcolm X. Both were considered radicals of their time and offered a different way of thinking when it came to the plight of African-Americans."

Where do you see the direction of black history from this point?

"Unfortunately, I don't believe enough emphasis is put on black history. We now look to reality stars as role models instead of the people who truly make a difference in our community."

Black Girls RUN! was created in 2009 by Toni Carey and Ashley Hicks in an effort to tackle the growing obesity epidemic in the African-American community and provide encouragement and resources to both new and veteran runners. What started off as an online blog has grown to be a nationwide movement to include an annual national race and conference, fitness clinic tours, national race partnerships, Walk Before You RUN! training, and more.

According to the Centers for Disease Control, 51.6 percent of black women ages 20-74 are considered obese. The mission of Black Girls RUN! is to encourage African-American women to make fitness and healthy living a priority and create a movement to lower the obesity rate among women and subsequently, lower the number of women with chronic diseases associated with an unhealthy diet and sedentary lifestyle.

To date, Black Girls RUN! has more than 60 running groups across the nation with more than 62,000 members. The groups include beginner and experienced runners and provide a support system to help members reach their fitness goals.

Toni Carey: Native of Lebanon, Tennessee. Carey graduated from Middle Tennessee State University in Murfreesboro, Tenn., with a Bachelor of Science degree in Mass Communications with concentrations in Public Relations and Advertising and minors in marketing and Spanish. She also received a Master of Arts and Science degree from Seton Hall University in South Orange, N.J. She has worked with Dye, VanMol & Lawrence Public Relations in Nashville, Tenn., as an account executive and Avis Budget Group, Inc., a Fortune 500 Company located in Parsippany, N.J., as a corporate communications and industry relations specialist, as well as CRT/tanka a public relations and marketing agency in Norfolk, Va. She currently works for Black Girls RUN! full-time, lives in Atlanta, Ga. with her husband and two dogs, Legend and Cali. 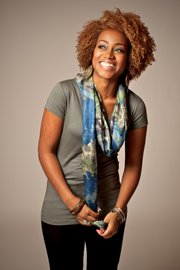 Ashley Hicks: Native of Evans, Ga., Ashley attended and played soccer at Middle Tennessee State University in Murfreesboro, Tenn. She graduated in 2005 with a Bachelor of Science degree in Mass Communications. She also received a Master of Science in Communication from Columbia University in New York. She has worked with WRDW-TV as a television director, the South Carolina Educational Television as a producer – director and as a social media, communications manager for a non-profit headquartered in New York. She currently works for Black Girls RUN! Fulltime and lives in Atlanta, Ga. with her fiancé.

Toni Carey and Ashley Hicks have been recognized locally and nationally for their work to combat obesity in the African-American community. They were recently awarded the Young Professionals Dream Catchers award from the Urban League of Greater Atlanta Young Professional. Also, they were recently profiled by Runner’s World magazine, espnW, The Tennessean and The Atlanta Journal-Constitution and appeared on The Michael Baisden Show. They were also named to Ebony Magazine’s Power 100 list, The Grio’s Class of 2012 list, nominated as “Best Blogger” by Shape Magazine and named as one of the“30 Black Bloggers You Should Know”, by TheRoot.com.