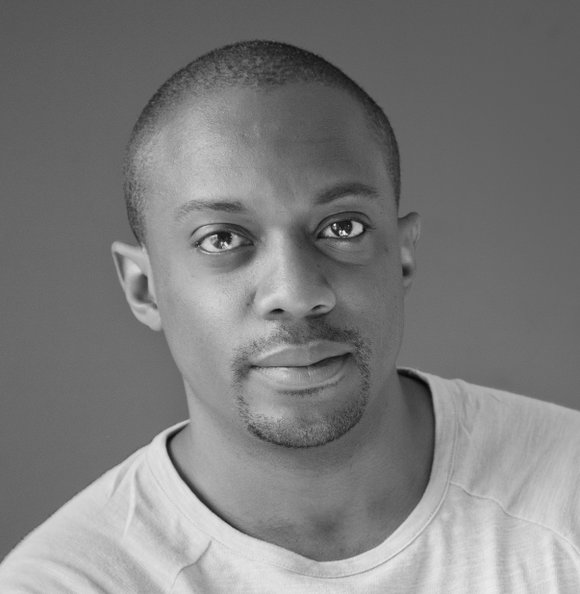 "I think it’s ever changing, isn’t it? That’s the beauty of it. One of the things we’re becoming more and more aware of is that African-American history is just American history. There was a time in which African-American accomplishments and contributions to American history and culture were kind of undervalued and ignored and now it’s become part of the everyday experience of American culture in history. And Black history month is becoming a greater celebration of contributions of AA in a much broader sense."

"It sounds cliché, but I would say my grandmother. She was a pretty pious and modest person. But she also had strength and courage and her capacity to love. Having grown up in the Schomburg Center for Research in Black Culture, I learned about African American icons through osmosis. It was always “there”, and my father was a Black panther. I also think about photographers like James Van Der Zee, and Gordon Parks would be important. Also of importance would be contemporary peers of my mother like James Baldwin."

With your success, Oprah’s, and others, where do you see the direction of black history?

"Living in this moment, having a multi-ethnic president of African descent, and recognizing that things that we thought were impossible years ago are a reality today. I would hope that African Americans stop seeing themselves as limited to things that the group is supposed to be good at or care about. Having come back from South Africa and Kenya, recognizing the symbiosis and condensation that has been going on at an international level with African-Americans across the Atlantic, I would like us think about things on a global scale. I think there is a greater connectivity with the history of progress with human evolution that I think African American history often overlooks. We tend to think a little bit about Mendela and apartheid but we really don’t pay much attention to African independence and African movements and progress made in the Caribbean and even Europe. I would hope that in the future we stop being so America-centric and see ourselves more as global citizens and realizing that just as Martin Luther King Jr and his peers had gained a lot of their knowledge through global perspectives, looking at Gandhi for example, that we start to think about ourselves in a global context."

Courtesy of the Brooklyn Museum

Hank Willis Thomas, a prominent photo conceptual artist, grew up surrounded by art and culture. His father, also Hank Thomas, dabbled in many career fields and his mother, Deborah Willis, is a renowned art photographer and University Professor and Chair of the Department of Photography & Imaging at the Tisch School of the Arts at New York University. Hank was consistently around culture and photographs but it was never his intent to pursue an art career.

“I’ve never really expected to be interested in art,” said Hank. “I actually, in a sense, fell into it.”

Hank’s interest in art intensified around high school. He joined the museum studies program which led him to study and receive his BFA from New York University's Tisch School of the Arts and his MFA in photography, along with an MA in visual criticism, from California College of the Arts (CCA) in San Francisco.

“[These experiences] gave me a great foundation in critical thinking and thinking about how images can tell stories,” said Hank. “All of these different experiences combined to give me a foundation to a career where I almost kind of followed in my mother’s footsteps.”

His work has been featured in several publications including 25 under 25: Up-and-Coming American Photographers (CDS, 2003) and 30 Americans (RFC, 2008), as well as his monograph Pitch Blackness (Aperture, 2008). Running themes in Hank’s works revolve around racial and cultural identity, history, and pop culture.

“There isn’t really a formal process for me because a lot of the work comes out of research, and experimentation, and really involves me coming upon other materials and just pondering them for an extended period of time and formulating this interesting interaction,” Hank said.

His single and collaborative pieces have exhibited in galleries and museums throughout the United States and internationally. Hank’s works have been showcased in numerous public collections including the Whitney Museum of American Art, the Brooklyn Museum, the Guggenheim Museum, and the Museum of Modern Art. He collects his inspiration from many different resources.

One of his more recent collaborative works, Question Bridge: Black Males, is an innovative video installation that initiates a dialogue with over 150 Black men from different cities across the nation. The installation invites visitors into a space where they view an intimate exchange between the subjects of the project. Question Bridge constructs a platform for contributors to represent and redefine black male identity in the U.S.

“If you look at projects like Question Bridge: Black Males, it’s really trying to show that there is as much diversity in any demographic as much as there is out of it. It’s really trying to encourage us to listen to, and to applaud the people that go against traditional measurements of success and to recognize that we all have something to contribute,” said Hank.