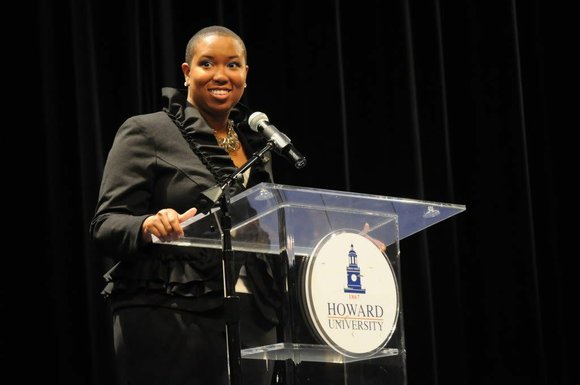 CEO and Founder of Vestige Strategies, Founder of Brown Girls Lead, In charge of the African-American vote for President Obama’s 2012 re-election campaign.

What is the personal significance of Black history Month to you?

“It’s important to say that black history is American history and it’s global history. I was just in Morocco a few weeks ago and to see the influence of American culture which really is intertwined and often times shaped by black culture was amazing. From music, to dress, to slang to a lot of different elements, and so much of that has been influenced by those who helped to shape the culture and made sure that black people had a voice and were able to be unique in how we are. I’m particularly tied to the more social justice activists of the past. I think one of our proudest moments as it relates to activism was the young people during the civil rights movement that sacrificed a lot and they were only kids and I think it’s really important that we continue to let our children know about black history, where we come from, and continue to try to shape history even now.”

What was the poignant moment in Black History for you?

“The founding of the NAACP in 1909, and it was a multicultural group of people who were committed to seeing the advancement of black people in this country. At that time, the biggest thing they worked on was anti-lynching laws. Just the bravery that it took for these men and women across the country to form this organization and form chapters across the country was significant. These [people] were in the face of real danger and a lot of people lost their lives, many of who we would never know their names or their sacrifices. That bravery element just speaks so much. Almost anything we go through nowadays is nothing compared to what they went through. If they could do it, we could do it too. That’s always something very empowering for me to remember as I try to do the work that I do.“

Growing up, who were the African-American icons you looked up to and why?

“Not a shock that many of them are women. Juanita Jackson Mitchell was the founder of the youth and college division of NAACP and she was also instrumental in cases like the Scottsboro Boys case and was just a real pioneer as it relates to a woman who was involved in civil rights. Women like Ella Baker who helped to find the student non-violent coordinating committee who also was a field director for NAACP. She really helped to mold generations after her to be involved in civil rights." Present-day, I continue to be enamored with Oprah. My husband’s probably so tired of me talking about Oprah. I love Oprah. I’m hoping to meet her one day. I like her business-savvy and now as an entrepreneur, she is a person who I look up to for being able to really do things her way.

Where do you see the direction of Black History?

“I think one thing that’s great with the space that I’m involved in now is to literally see my peers who are shaping black history every day. It’s very exciting for many unsung heroes who are working very diligently to continue to work towards the advancement of the black community and to work for fairness and justice. I think that there is so many more young people who want to be leaders and they want to make history, American history, world history and our job is to really give back to them. 1) to make sure they know their history and 2) to help them see how they can play a role in shaping what the country is, what we do, and how we’re viewed in the world.” 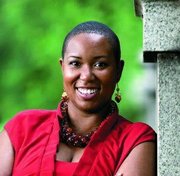 Growing up in the suburbs of Cleveland, Ohio, Stefanie Brown James knew that a career in government affairs and civil rights was the path for her. She started to get involved in civil rights when she joined the Cleveland Youth Council of National Association for the Advancement of Colored People (NAACP). She then moved on to a prestigious education at Howard University which led to a job opportunity at the NCAAP.

“I’ve always been a real history buff,” she said. “To know where we come from, and all the people who sacrificed to make it possible for us to experience the freedom that we have today, I wanted to be part of that legacy.”

As part of the field staff at NAACP, Stefanie became akin to working long hours and after seeing the dedication of everyday people, she knew that it was truly an honor to be part of the NAACP legacy.

“If you can work at NAACP, you can work anywhere,” she said. “The people I met along the way and who assisted me, the passion, the dedication, and what they taught me is probably my biggest takeaway from my experience at the association.”

In 2012, after a long hiring process, Stefanie was then hired to work for the most powerful man in the world, President Barack Obama, as the National African-American Vote Director for the 2012 Obama for America Campaign.

“To work for the 1st black president, it was an amazing god-given opportunity,” she said. “My experience in working for the NAACP prepared me for the position.”

Her duty was to organize the African-Americans for Obama program and also manage the national strategy to engage African-American leaders and voters to register and re-elect President Barack Obama.

“We worked hard, a lot of effort went into this campaign,” she said. “It wasn’t a fluke that African-American voters turned out in the highest rates ever.”

President Obama’s re-election campaign did not come without difficulties. Many members of the African-American community were perhaps skeptical or felt let down by what they thought the President should have accomplished during the first term. It was Stephanie’s job to change that mindset.

“At the end of the day, you have a choice… black people were energized because they knew how important voting was to their lives and that it made a difference,” she said.

Building upon her career, Stefanie is now the CEO and founding partner of Vestige Strategies that specializes in grassroots community engagement, public affairs and government relations as well as being the Founder of Brown Girls Lead, a leadership development organization focused on building a strong pipeline of collegiate, black women leaders.

Stefanie founded the program after a speaking engagement at her alma mater. The female attendees informed her that a career in government was not ideal because it wasn’t “attractive to men”.

“I was just blown away, this was not our legacy as black women at Howard,” she said. “After talking with my husband, we were able to form Brown Girls Lead to help collegiate women in their personal, professional, and public lives.”

As Stefanie’s endeavors continue to grow, she certainly recognizes the impact and importance of Black History Month to future generations.