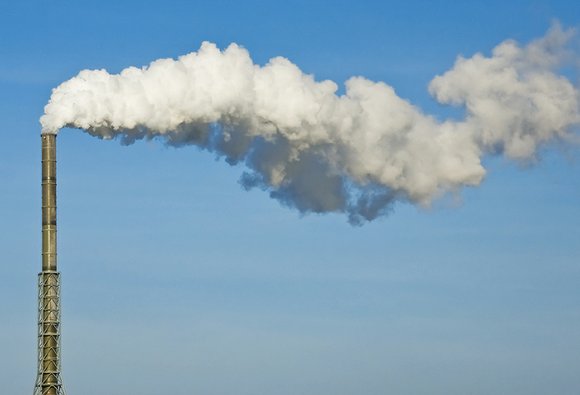 In what's being billed as the greatest environmental initiative of his presidency, Barack Obama announced on June 25, 2013 that his administration is instituting stringent mandatory restrictions on greenhouse gas emissions by power plants, factories and other industrial sources. iStockPhoto

Dear EarthTalk: What is the gist of President Obama’s new plan to tackle global warming and how does the green community feel about what the White House is proposing?

The new policy also directs the Department of Interior to approve enough renewable energy projects on public lands to power six million homes by 2020 and offers up $8 billion in loan guarantees for energy efficiency and advanced fossil fuel projects. And while Obama helped shepherd in a doubling of gas mileage standards for automobiles, SUVs and pickups during his first term, he is now calling for much more stringent standards for heavy duty truck models introduced in 2018 and after.

Because the U.S. Supreme Court ruled in 2007 that the Environmental Protection Agency—part of the executive branch under the White House—can regulate carbon dioxide under the Clean Air Act just like it does soot, lead and other types of air pollution, Obama’s new plan does not need Congressional approval, although Congress will certainly play a role in determining just how the emissions cuts are implemented.

“We limit the amount of toxic chemicals like mercury and arsenic and sulfur in our air and water,” says Obama. “But power plants can still dump unlimited amounts of carbon pollution into our air for free. That’s not right, that’s not safe, and it needs to stop.”

Most environmentalists are happy that Obama is finally committing to decisive action to reduce the nation’s carbon footprint. “This is the change Americans have been waiting for on climate,” says the Sierra Club’s Michael Brune. “President Obama is finally putting action behind his words.” “It’s clearly time to act,” Gene Karpinski of the League of Conservation Voters (LCV) adds, “and [Obama is] setting out a bold, ambitious, comprehensive plan for what he can do without needing to rely upon Congress.”

But other greens aren’t so bullish on the new strategy. The Center for Biological Diversity, a leading non-profit committed to species protection, calls Obama’s plan “modest” and warns that it falls short by failing to set a nationwide pollution cap for carbon dioxide. “We’re happy to see the president finally addressing climate change, but the plain truth is that what he’s proposing isn’t big enough, and doesn’t move fast enough, to match the terrifying magnitude of the climate crisis,” says Bill Snape, the center’s Senior Counsel, adding that the plan wouldn’t be enough “to avert catastrophic temperature rises.”

Likewise, Saleemul Huq of the International Institute for Environment and Development points out that the climate problem “has become much bigger while the U.S. was ignoring it” and that what Obama is proposing now is too little too late.