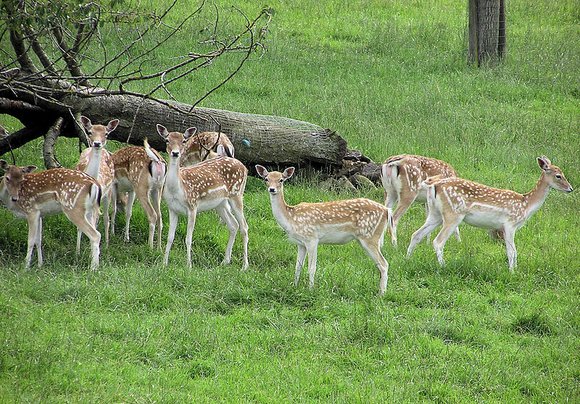 We’ve all done it before. You see a cute, seemingly hungry animal in the wild and instantly start thinking of names and working out how you will care for your new pet. But while having a pet deer may seem like a novel idea at first, feeding and caring for wildlife can be not only dangerous for you and the animal, but in many cases it is also against the law.

“Wildlife may carry a number of diseases and parasites that can be easily transmitted to humans,” said Dr. Alice Blue-McLendon, Clinical Associate Professor at the Texas A&M College of Veterinary Medicine & Biomedical Science (CVM) and director of the Winnie Carter Wildlife Center. “Small creatures like foxes and skunks should never be handled because they are known to be carriers of the rabies virus.”

In many cases, it is also against state and federal law to keep wildlife species as pets. “Multiple permits, such as those listed out on the Texas Parks and Wildlife website, are needed in order to keep and foster wildlife,” said Blue-McLendon. “These permits are usually reserved for educational facilities, zoos, and rehabilitators.”

Feeding wildlife is also seen by many as a controversial subject, as it attracts animals into urban environments. “This contributes to a rise in vehicle collisions with wild animals as they move closer to roads and nearby homes to be near the food source,” said Blue-McLendon.

Feeding can also habituate dangerous animals into becoming comfortable in residential or recreational settings. “Wildlife species that are hand raised, like the white-tailed buck, tend to be more dangerous in the wild due to the absence of their fear of humans,” said Blue-McLendon. “Wild animals are named that for a reason. Even if the creature is raised by humans, it will still have most of its wild tendencies.”

The best thing you can do when you see wildlife is to walk away. In the case of an injured animal, contact your local animal control or wildlife veterinarian to find the wildlife rehabilitator closest to your location.

“Unless the animal is in obvious distress, is ill, or is in immediate danger, it’s best to just leave them be,” said Blue-McLendon. “An all too common scenario is of people finding fawns that they believe are orphaned, when in reality they are actually hidden by their mother as she searches for food. The mother will return to nurse them, so as long as the fawn is not distressed or injured, it should be left alone.”

“Rehabilitators will give the animal first aid while the veterinarian arrives, and work closely with the veterinarian to keep the animal healthy as it recovers,” said Blue-McLendon. “If you must transport wildlife, it is vital to take precautions to avoid contracting any disease or parasite from the animal. People should wear gloves at all times, wrap the animal in a towel, and avoid the animal’s mouth at all times.”

The Winnie Carter Wildlife Center at Texas A&M University offers courses to students aimed at teaching them about the husbandry, management and behavior of captive wildlife and exotic animal species.