‘12 Years a Slave’: A Harsh Truth We Dare Not Forget 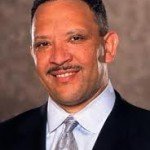 “I read ’Twelve Years a Slave’ and thought, this is the Anne Frank diary of America.”

There have been a handful of books recounting the first-hand experiences of 17th and 18th century North American slaves. These include, The Narrative of the Life of Frederick Douglass, an Autobiography, first published in 1845; The Kidnapped Prince, the Life of Olaudah Equiano, 1789; and The Life of Josiah Henson, Formerly a Slave, 1849. While not a first-person account, I would add to that list Alex Haley’s ground-breaking 1977 historical novel, Roots: The Saga of an American Family. All of these books offer personal accounts of the immoral capture, selling, enslavement and mistreatment of human beings of African ancestry here in America.

But, a recently re-discovered autobiography, Twelve Years a Slave, by Solomon Northup describes a particularly heinous aspect of the slave-trade – the 1841 kidnapping and selling into captivity of Northup, a free Black man who had been living with his wife and children in relative comfort in New York. The book has become a highly-acclaimed movie that has left both audiences and critics shaken by its unflinching depiction of the physical and psychological cruelties of slavery. I saw the movie during a premiere screening (during which several people were so disturbed that they walked out of the theater), was similarly moved and feel compelled to offer some thoughts on both the historical and present-day relevance of the film.

Many may feel that there is no longer a need to revisit a time in our history that was so full of brutal hatred. But by looking the viciousness of slavery squarely in the eye, “12 Years a Slave” reveals much about the legacy it left behind and the resilience and humanity of the Black and White heirs of this awful crime against humanity.

For example, is it not possible that sub-standard schools as well as the achievement gaps that persist in so many minority communities can be traced in part to the fact, as depicted in the movie, that for centuries American slaves were forbidden to read or write, punishable by beatings and worse – or that for another century after slavery ended, legislated segregation fostered a separate and unequal society?

Could it be that some of the fear of slave rebellions that overseers and plantation owners had in the time of Solomon Northup laid the foundation for a lingering fear of Blacks held by some throughout our nation’s history? Is that fear at the root of racial profiling or police brutality against Black males? Is that fear behind the 2012 killing of 17-year-old Trayvon Martin or the November 2 killing of 19-year-old Renisha McBride, who was shot in the face by a White suburban Detroit homeowner after she knocked on his door early in the morning seeking help after a car crash? This attack against Renisha McBride recalls the heart-breaking indignities endured by Black women slaves as shown in the movie, from routine rapes and beatings at the hands of their “masters” to auction-block separations from their children.

The brilliance of the filmmakers is that they made no attempt to spin or varnish the harsh truth. Just as The Diary of Anne Frank has become must-reading for generations seeking an authentic look at the daily life of a Jewish fugitive during the reign of Nazi Germany, “12 Years a Slave” is a raw and real depiction of what life was like for American slaves. It is a brutal and uncomfortable, yet necessary, look at a part of our nation’s history that has had an incalculable impact on our socialization as a country. Students, journalists and anyone seriously interested in American history should see this movie.