Mental health crisis in Will County 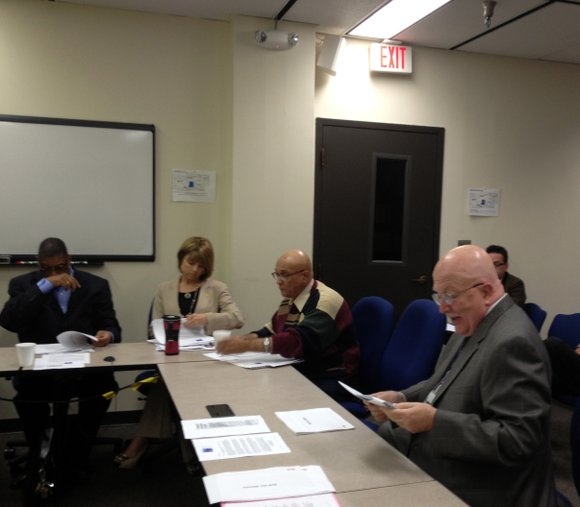 Dr. Joseph Troiana (right), who oversees behavioral health programs for the Will County Health Department, talked with members of the county board’s Legislative and Policy Committee Tuesday about a problem the department is having with trying to find psychiatrists. (Photo by Rex Robinson) Photo by Rex Robinson

With the closing of mental health facilities throughout Illinois, more patients in need of psychiatric care are being forced to seek treatment elsewhere and some are falling through the cracks.

At the Will County Health Department & Community Health Center, there is no shortage of patients, according to Dr. Joseph Troiani, who runs the center’s behavioral health programs.

The Tinley Park Mental Health Center closed its doors in July 2012, after which the State of Illinois increased its grant funding for both Cornerstone Services in Joliet and the Will County Health Department. The state invests about $1.5 million annually to pick up the slack for individuals who are in need of mental health services but are lacking in financial resources and health insurance, according to Troiani.

“They’ve been shifting from in-patient care to outpatient,” Troiani said of the state’s stand on mental health care in Illinois. “We’re now handling five emergency rooms in Will County.”

Now, if someone comes into a hospital emergency room and is in need of outpatient psychiatric care they are referred to the county health department. Last year, the county saw 492 adults come through its state-funded crisis care system, according to Troiani.

Troiani came before the Will County Legislative & Policy Committee Tuesday to update the panel about legislation pending in Springfield he said could provide an answer the problem.

Senate Bill 2187, the Clinical Psychologist Licensing Act, could be voted on by the House in the spring and if the bill becomes law it would allow psychologist who obtain another special master’s degree to prescribe psychotropic medications as well as provide counseling. This would help the county health department in that these psychologists could then be hired to treat these patients.

The Tinley Park Mental Health Center closed its door in July 2012, creating an increase in the number patients being treated through the Will County Health Department’s crisis care system.

The shortage of psychiatrists at the Will County Health Department has resulted in the county being unable to fill 32 hours of needed time with patients every week, according to Troiani. Since 2007 there has been a 21 percent decrease in the number of psychiatrists in Illinois, Troiani said.

“So the demand is increasing and the number of psychiatrists is decreasing,” he said.

Brent Hassert, a lobbyist for Will County and ironically enough a lobbyists for psychologists in Illinois, attended Tuesday’s Legislative & Policy Committee meeting to discuss other matters. He declined to discuss the bill pending in the house with the committee because of the lobbying work his doing on the bill for the psychologists.

However, Hassert told The Times Weekly that he is confident the bill will come up for a vote by the House in the spring. The American Medical Association and psychiatrists represent the main opposition to the bill as the two groups maintain it would take patients away from psychiatrists. But Hassert said with the number of psychiatrists decreasing in Illinois, mainly due to the field not paying as much as other medical practices, allowing psychologists to prescribe medications is the best solution. Hassert said the bill would go a long way in solving a growing problem throughout the state.

Troiani said there is precedence for the bill as similar laws have been passed in Louisiana and New Mexico.

The need to provide counseling, he added, is critical. As an example, Troiani said a woman came into the department recently suffering from depression and anxiety and after interviewing her staff discovered she was living with an alcoholic. After doing an intervention, and providing the woman and her family with counseling, she did not need to be put on medications, he said. The hope is there would be more of these types of stories if the legislation passes and psychologists were able to treat the patients, Troiani said.

Will County board members Reed Bible (D-Plainfield), and Don Moran (D-Romeoville) both members of the committee, questioned whether there would be oversight of the prescribing psychologists of both how they administer medications and their overall treatment practices.

Troiani said oversight measures by a medical doctor within the health department are already in place. He added that there are strict procedures in place to make sure people aren’t forging prescriptions for psychotropic medications.

“We probably catch one individual a month trying to forge a prescription,” he said.

Troiani is hopefully the legislation gets a green light from the house in the spring.

“It it passes, patients would go from four to six months of waiting to be able to see someone within weeks,” he said.