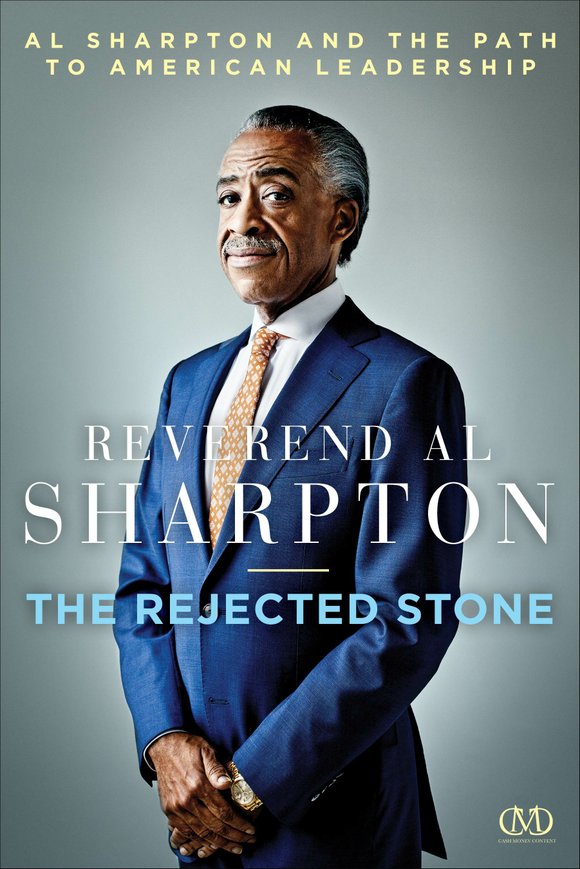 The directions didn’t make any sense.

They came with diagrams, but that didn’t help. Online information was no better, you were making a mess of things, and about ready to scream. You needed clarification. You needed simple answers. You wanted someone to show you what to do.

You needed a leader. So why can’t it be you? In the new book “The Rejected Stone” by Reverend Al Sharpton, you’ll see how it could happen.

Every once in awhile – especially when he’s somewhere unexpected – Reverend Al Sharpton looks around, surprised and pleased. He’s been working for social justice and civil rights since he was nine years old, and there are many things he never thought he’d see in his lifetime.

He admits that he’s come a long way since his Tawana Brawley days. He’s lost weight and gained insight, changed his outlook and his mind on issues. He’s become a leader because the Black community needs more of those.

Great leaders, he says, don’t become leaders by accident. They know where they’re going and they know how they’re going to get there. They don’t let their past deter them; they don’t blame their childhood or neighborhood for their shortcomings. They understand that successful African Americans became successful because of community, not family.

They listen to the giants of history; they have mentors and they mentor.

Leaders are true to themselves, but they understand that they must be “different, better, more” than those around them. They know their own strengths and don’t pretend to be something they‘re not. They’ve defined themselves, they ask for what they need, and they aren’t afraid to “be big.”

Successful leaders, he says, are all-encompassing. If you are against injustice, then you must be against all injustice. It’s “hypocrisy” to pick and choose.

In all that author Reverend Al Sharpton has done in his life, considering the people he’s known (Michael Jackson and James Brown, for example, both of whom he writes about at length), and the issues that have made him front-page news, who would’ve expected wide-eyed amazement at his current life? Yes, that’s what you’ll see in the first chapter of “The Rejected Stone,” and it’s good.

From his roots in Brooklyn to his current activism, Sharpton weaves his own experiences in with advice on becoming a leader, reaching for one’s “blessings,” and being an agent for justice. Readers may be pleasantly surprised to see humility here, too; Sharpton occasionally writes with what seems like hindsight tinged with regret, which truly adds to the magnetism of his words.

I liked that; I liked the lighter, no-nonsense tone of this helpful, easy-to-read book; and I think if you know someone with potential – teen or adult – it’s what they need: “The Rejected Stone” could be a push in the right direction.