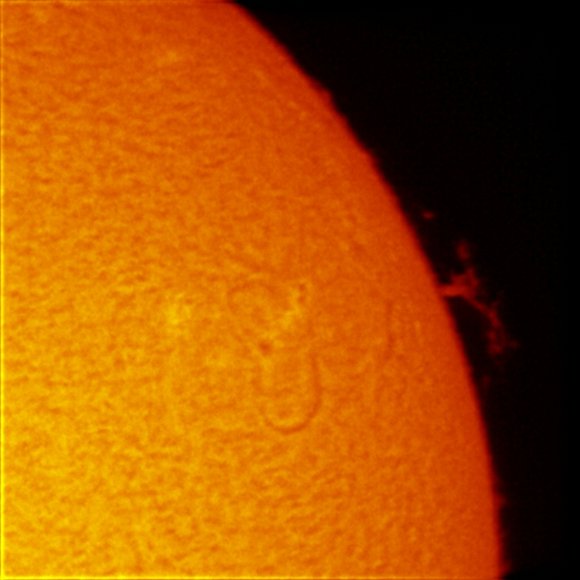 Researchers are exploring the feasibility of utilizing solar geo-engineering to reflect some of the sun's heat back into space before it can reach the Earth and further contribute to the greenhouse effect that is causing our climate to warm. Sergei Golyshev

Dear EarthTalk: What is solar geo-engineering and how can it help stave off global warming?

Solar geo-engineering is a term describing any of various techniques for reducing the amount of sunlight that reaches the Earth and its atmosphere. Researchers are exploring the feasibility of utilizing solar geo-engineering to reflect some of the sun’s heat back into space before it can reach the Earth and further contribute to the greenhouse effect that is causing our climate to warm. Some ways of doing this include pumping sulfur aerosols into the atmosphere, sending huge space mirrors or reflective balloons into Earth’s orbit, enhancing the reflectivity of clouds by spraying water into them, and even just painting everybody’s roofs white.

While solar geo-engineering can’t do anything about the carbon dioxide already in our atmosphere that will be causing more warming for decades to come or longer, it can help reduce the planet’s carbon load moving forward, and is thus generally viewed as part of the climate solution but not the whole enchilada. That is, no matter what it is still in our best interest to reduce our carbon footprint as much as possible regardless of the whiz bang technologies scientists are developing to help.

The most practical of the solar geo-engineering techniques involves sending a specially modified fleet of jets around the globe spraying sulfates into the atmosphere that would combine with pre-existing water vapor to form aerosols. When dispersed by the wind, these sulfates would cover the globe with a haze that could reflect an estimated one percent of solar radiation back out into space. The model for such a scenario occurred naturally in 1991 when the eruption of Mt. Pinatubo in the Philippines sent some 10 million metric tons of sulfur into the atmosphere and caused a reduction in global temperatures by about one degree Fahrenheit for more than a year.

While employing such techniques might seem like a no-brainer, there are inherent risks. Alan Robock, an atmospheric scientist at Rutgers University, warns that adding sulfur to the skies, for instance, could shift rainfall patterns and hasten the thinning of the ozone layer. “We are going to put the entire fate of the only planet we know that can sustain life on this one technical intervention that may go wrong?” he asks. Another issue is the so-called “abrupt cessation” risk whereby shutting off whatever solar geo-engineering techniques are in effect could cause a sudden rise in global temperatures to previously unforeseen levels.

Given reticence about applying quick technological fixes for our climate problem, proponents of solar geo-engineering are calling for the federal government and other concerned parties to fund more research. “The balance of evidence so far suggests that solar geo-engineering could reduce climate risks, but early science might be wrong,” he says. “We need experiments, which might show that it does not work.”