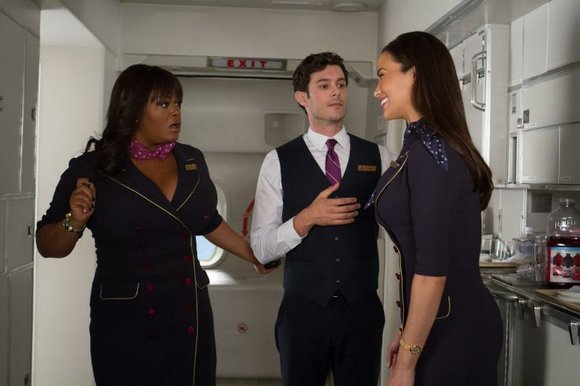 As I Lay Dying (Unrated) James Franco directed and stars in this adaptation of the William Falkner novel of the same name about a woman’s (Beth Grant) family’s effort to fulfill her last wish to be buried in a nearby town. With Danny McBride, Tim Blake Nelson and Richard Jenkins.

Inequality for All (PG for violence, smoking, mature themes and mild epithets) Former Secretary of Labor Robert Reich narrates this economic expose’ bemoaning the widening income gap in the U.S. between the haves and the have-nots.

Morning (R for sexuality) Character-driven drama chronicling five days in the life of a grief-stricken couple (Leland Orser and Jeanne Tripplehorn) in the wake of the accidental death of their young child. With Laura Linney, Elliott Gould and Jason Ritter.

Muscle Shoals (Unrated) Musical retrospective revisiting the legendary, riverside music studio in rural Alabama which provided the unlikely setting for classic recordings by everyone from Aretha to The Rolling Stones to Bob Dylan.


On the Job ((Unrated) Cat-and-mouse crime thriller, set in the Philippines, about two police officers’ (Joey Marquez and Piolo Pascual) attempt to apprehend a couple of ex-cons (Joel Torre and Gerald Anderson) given reduced sentences in exchange for performing some high-profile assassinations. With Angel Aquino, Michael De Mesa and William Martinez. (In Filipino with subtitles)

Out in the Dark (Unrated) Middle East tale of forbidden love, set in Israel, about a gay love affair between a Palestinian student (Nicholas Jacob) and an Israeli attorney (Michael Aloni). With Jamil Khoury, Alon Pdut and Loai Nofi. (In Hebrew and Arabic with subtitles)

The Secret Life of Dorks (PG-13 for sexuality, profanity and crude humor) Romantic roulette revolving around a nerdy teenager (Vanessa Marano) who has a crush on an equally-geeky classmate (Gaelan Connell) who, in turn, is in love with a cheerleader (Riley Voelkel) who is already dating their school’s football team captain (Beau Mirchoff). Featuring Jim Belushi, Jennifer Tilly and William Katt.