Know your rights under the Affordable Care Act 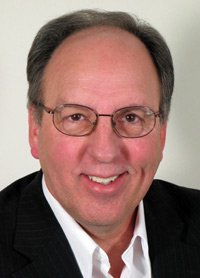 The open enrollment period for the Affordable Care Act (Obamacare) begins Tuesday, Oct. 1. The purpose of the open enrollment which ends Dec. 15 is to determine an individual’s eligibility for a subsidy to help pay premiums. An individual who does not currently have health insurance coverage will also be able to enroll if they are eligible. That is possibly the simplest, most basic definition of what begins Oct. 1. The other end of the spectrum of what the start date means depends on your political perspective.

The extreme right-wing perception predicts the collapse of the health care system in the United States. The extreme left-wing perception is that ACA is the answer to most of the problems of the current U.S. health care system. There is insufficient evidence to support either contention. The ACA, which begins Jan. 1, 2014 for individuals and small businesses, is a game changer without doubt.

A major focus of ACA is what it will cost. Remember the first word in the new law is “Affordable.” Most often, when it comes to health insurance, affordable is interpreted to mean lower premiums. That depends on age, where you live, the plan selected, and whether or not you smoke. How much of the premium is paid by the eligible individual will be determined by the person’s gross income.

The State of Illinois launched “Get Covered Illinois” as the official brand name of the new health insurance marketplace for Illinois residents seeking coverage. The website is www.getcoveredillinois.org. When open enrollment begins Oct. 1, individuals will be able to determine eligibility for premium subsidies and can enroll in an available health care plan. Premiums are not yet available, but are expected to be affordable. The definition of affordable is defined by the person’s income. An individual who earns $16,000 a year will receive a subsidy that will cap the premium at less than $40 a month. A family four with a total household income of $94,000 will have the premium capped at $745 per month.

Starting Jan. 1, all health insurance will be guaranteed to be issued with no pre-existing health exclusions. Approximately 75 percent of the U.S. population will qualify for a government subsidy of one sort or another, according to one estimate. The new law will most likely be amended many times in the coming months and years.

An example of what happens to this type of legislation can be found in the Consolidated Omnibus Budget Reconciliation Act of 1985, more commonly known as COBRA. It took more than 23 years before the rules and regulations were finalized. That was in spite of additions and amendments to the Act itself. As recently as 2011, new parts were incorporated that enhanced COBRA.

The ACA is now the law of the land and is unlikely to go away unless it is replaced with another health care system. Going back to the way it was is not an option. Better health care is the ultimate goal of the ACA. Only time will tell if this is the right solution. The best solution for the future is for the warring factions of government to sit down and work it out for the betterment of our country’s citizens. It is, after all, why they were elected. Stay tuned.