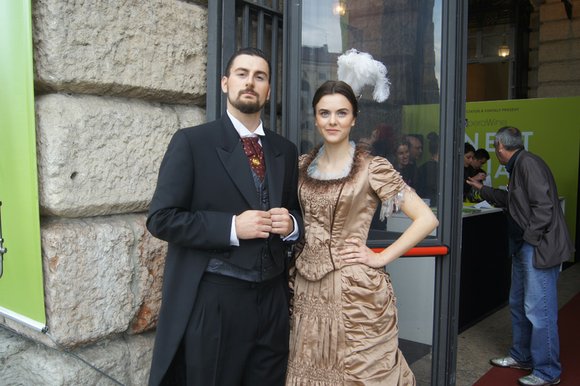 Opera Wine is the premiere event to Vinitaly 2014 and is a precursor to the type of quality presentations that would mark the next four days. Photo by Dwight Casimere

VERONA, Italy – If there ever an “Oscar Night” for wine, then Opera Wine 2014, the premiere event to Vinitaly, the world’s largest wine fair, is certainly it. Presenting 100 Great Italian Wines as selected by Wine Spectator magazine, the evening brought out the brightest stars in the galaxy of Italian wines.

Among the standouts, Allegrini Valpolicella Amarone della Classico 2004, Arnaldo Caprai 25 anni Montefalco Sagrantino DOCG 2009, Donnafugata Mille e Una Notte Contessa Entellina DOP 2008, and Damilano Cannubi Barolo DOCG 2010. The wine makers and the more than 500 guests turned out in their best evening wear to celebrate the best of Italian wine in the elegant surroundings of the Palazzo della Gran Guardia, overlooking the historic Piazza Bra and the ancient Arena that dominates this most elegant and romantic of Italian cities. 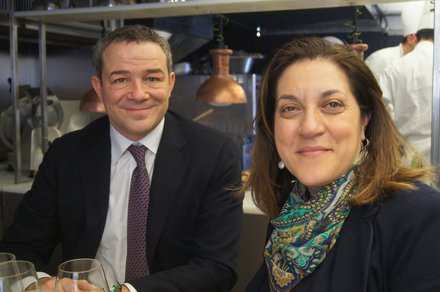 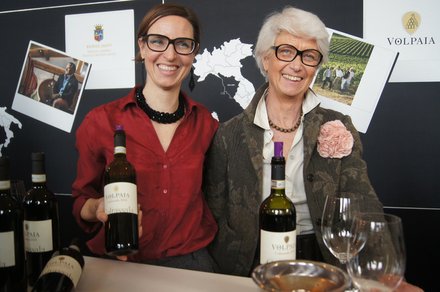 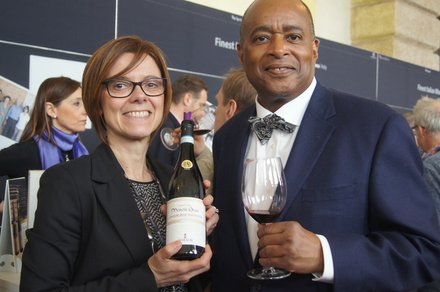 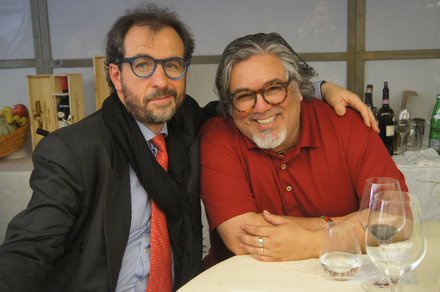 At an earlier news conference, Vinitaly International Managing Director Stevie Kim, Ettore Riello, President of VeronaFiere, site of Vinitaly 2014, and Giovanni Mantovani, CEO and Director General of VeronaFiere, discussed the evolution of the Opera Wine event over the past several years, including the association with Altagamma, the Italian luxury brands and lifestyle coalition, which was launched at the Opera Wine news conference two years ago, and last year’s introduction of the Vinitaly Wine club, now completing its first year of operation.

This year, Managing Director Kim introduced Mr. and Miss Vinitaly 2014. “Theirs will be the face and image of Vinitaly to the world as we seek to make inroads in the 18 to 34 young adult market. Vinitaly and Italian wines are seeking to inroads into reaching a younger audience of wine consumers and the introduction of Mr. and Miss Vinitaly makes that point for us on a global basis. I made the selection unilaterally this year, but I guarantee you that next year, there will be a contest.”

Opera Wine is the premiere event to Vinitaly 2014. It is a precursor to the type of quality presentations that would mark the next four days. According to Ettore Riello, President of Veronafiere, the event has confirmed its leadership as the main landmark for the international wine business, with a 6 percent increase in visitors for a total of 155,000 people over the 4 days of the event. Business and the quality of that business also increased, with the number of foreign buyers up to 56,000, representing 36 percent of the total.

Verona 2014 ended with a significant event. For the first time ever, an Italian Prime Minister visited Vintaly. Matteo Renzi traveled to Verona for the final day of the International Wine and Spirits Exhibition, which was held alongside the Sol and Agrifood Exhibition of Quality Agro-Foods and Enolitech, the Wine-Growing and Olive-Growing Technology Exhibition.

In his address to the body, Prime Minister Renzi launched an initiative with the objective of a 50 percent increase in wine exports from Italy to the world by 2020. He also announced an 18-point simplification plan in support of agriculture in general and agricultural enterprises and young people.

The plan involves outreach to youth through the internet and social media. The Prime Minister promised “a major investment undertaking”in these areas of growth over the next several years. The 49th edition of Vinitaly is scheduled at Veronafiere March 22 through March 25, 2015.