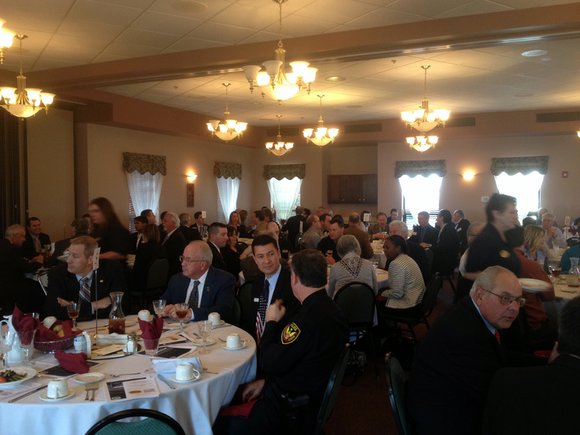 A banquet room filled with about 200 people, including local, state and county officials as well as area business owners on Wednesday seemed excited about hearing Lockport Mayor Steve Streit’s plans for the city’s future.

From the launching of a summer art series in the city’s downtown to the reviving of a plan that will breathe new life into a shopping mall project along the Interstate 355 and 159th Street corridor, Streit highlighted a number of developments in his first State of the City luncheon held at Broken Arrow Golf Club and sponsored by the Lockport Chamber of Commerce.

In introducing the mayor to the crowd, Lockport Ald. Pete Colarelli (1st Ward), who also is president of the Lockport Chamber of Commerce, said Streit is an ardent supporter of the chamber and is working diligently to make the city a “destination location.”

“I consider him a dear friend and a blessing to all of us,” Colarelli said. “He is simply the right mayor at the right time for the City of Lockport.” 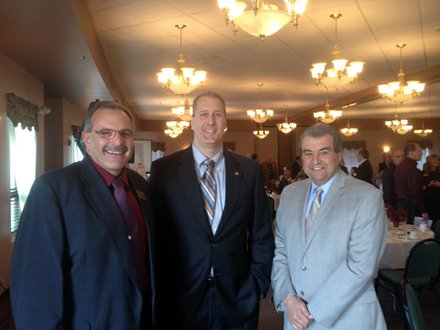 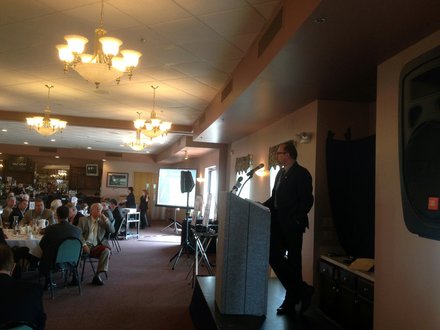 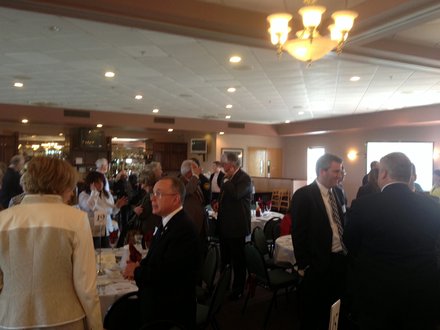 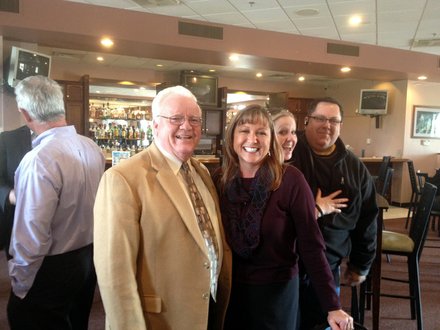 Will County Executive Larry Walsh Sr. is seen here with Darcie Gabrisko, vice president at Strand Associates, at the Lockport State of the City Address. 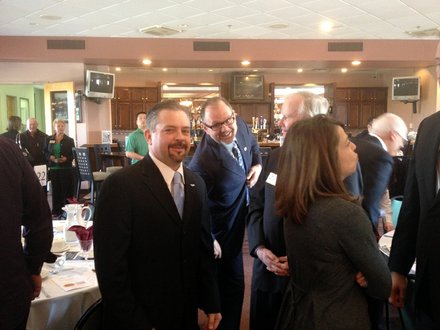 Romeoville Mayor John Noak (left) is seen here with Lockport Mayor Steve Streit. The mayor appeared very relaxed for it being his first State of the City Address. 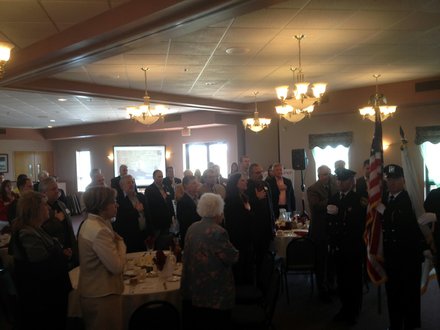 Guests mingle before the Lockport State of the City luncheon. 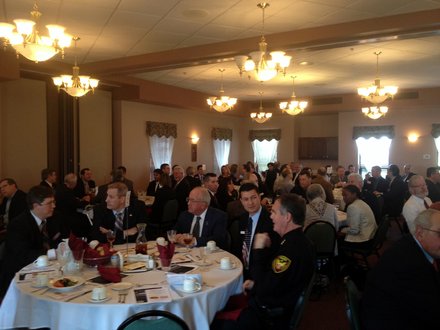 Guests get ready for lunch at Lockport Mayor Steve Streit's State of the City Address. 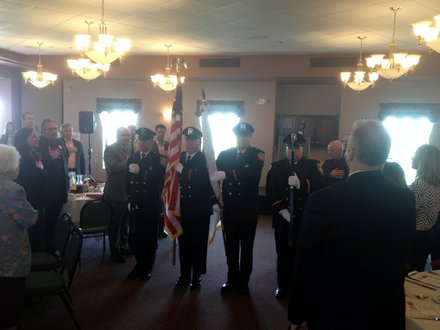 The Lockport Police Color Guard "presents the colors" before the State of the City Address luncheon. 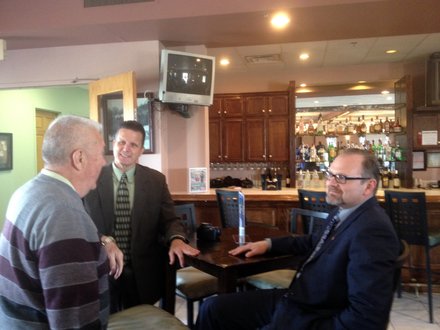 Lockport Mayor Steve Streit (sitting) chats with guests before giving his State of the City Address.

Streit said one of the first things he knew he had to do after being elected was to put the right team in place and bring in the right department heads who would work with him and the city council to move the city forward.

Streit expressed confidence that he succeeded in doing that and pointed to his appointment of City Administrator Ben Benson and Terrence Lemming, who retired from the Illinois State Police, as the city’s new police chief. Benson, who had previously worked as assistant city manager for Joliet, “knows how to make things happen,” Streit said. Streit also pointed to getting the right person in Pam Hirth as the city’s new director of community and economic development.

Those department heads and others who had been with the city, but needed to be shifted into the right positions, are the driving force for many of the projects that are now moving forward, Streit said.

After getting the team in place, Streit next focused on implementing a realistic plan for the city’s future.

“I wanted to be visionary but also practical,” the mayor said.

His goal from the start, he said, was to be proactive rather than reactive. He said he didn’t want Lockport to be “the bottom of the funnel” where the city would just take what it could get in terms of retail development.

To get the right development for the city, Streit said he and the city staff took what they thought could work from previous development plans and put together a Forecast Plan for 2014 through 2016. The plan includes a foundation, a plan for infrastructure improvements as well as planned economic growth.

Streit said he knew some things needed to change for the plan to work so he worked with the city council to make the necessary changes. Some of these included reducing tap on fees for builders to the tune of about $10,000 to increasing the façade grant program for the city’s downtown from $5,000 to $10,000. Reducing the tap on fees, according to Streit, now only will help restart new housing construction, but also could help the city attract big box retailers such as a Home Depot.