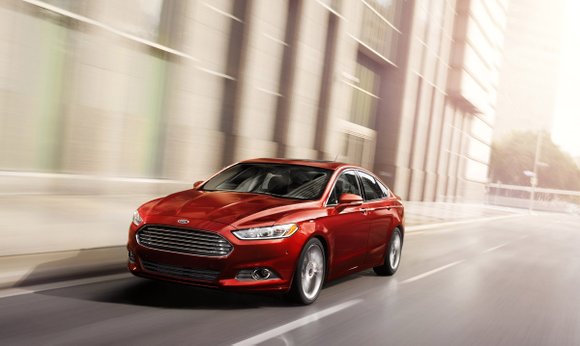 Much like hybrids, the auto industry seems poised to impose plug-in hybrids on the market. Automakers are slowly creating their own versions of this technology and Ford has entered the fray with all four tires.

The 2014 Ford Fusion Energi is the company’s latest plug-in hybrid; the Ford C-MAX Energi was the first.

Plug-in technology has extraordinary potential. The Fusion Energi has an EPA certified fuel rating of 108 MPGe in the city, 92 MPGe on the highway and a combined 100 MPGe. MPGe stands for miles per gallon equivalent.

When delivered, the test car had a range of about 550 miles. With a fully charged battery its range is 620 miles. After six days of test driving, a range of 300 miles remained with more than half the fuel still in the car.

This is how it worked. Even though the test car was equipped with a 2.0-liter four-cylinder gasoline engine that made 140 horsepower and 129 pound-feet of torque, an electric motor that made the equivalent of 118 horsepower and 117 pound-feet of torque was the primary propulsion entity of the 2014 Ford Fusion Energi. In other words, it was the electric motor that powered the car.

When the lithium ion battery that supplied power to the electric motor ran low the engine kicked on to recharge the battery and extended the Fusion Energi’s range. The car also had a regenerative braking system that recaptured energy that was fed to the battery. When fully charged, the entire system delivered 195 horsepower.

Of course, the Energi has its own charger with a turquoise colored LED light ring around the jack (or the socket) on the driver’s side of the car just above the front wheel well. We had difficulty finding the charger. Thus, we test drove the 2014 Ford Fusion Energi for almost one week without plugging it in for battery charging and without refueling. That’s the advantage that plug-in hybrids have over full electric vehicles. They remove any anxiety about range.

In full electric mode, the Ford Fusion Energi could travel 21 miles. After the battery pack was expended, the car still managed to deliver the equivalent of 43 mpg combined in one road test.

Combine the battery, the electric motor and the regenerative braking system and the Fusion Energi weighed almost 400 lbs. more than a normal Fusion. But Ford retuned the suspension of the car to address the extra weight and it really felt good. It had that heft of quality you feel on larger sedans.

The car was also weighted down, in a good way, with creature comforts. In addition to remote start, there was a rear back camera, park assist, adaptive cruise control, blind side warning with cross traffic alert, driver assist ( it’ll warn you of erratic driving and suggest you stop and get a cup of coffee), Sync with MyFord Touch, a navigation system and satellite radio.