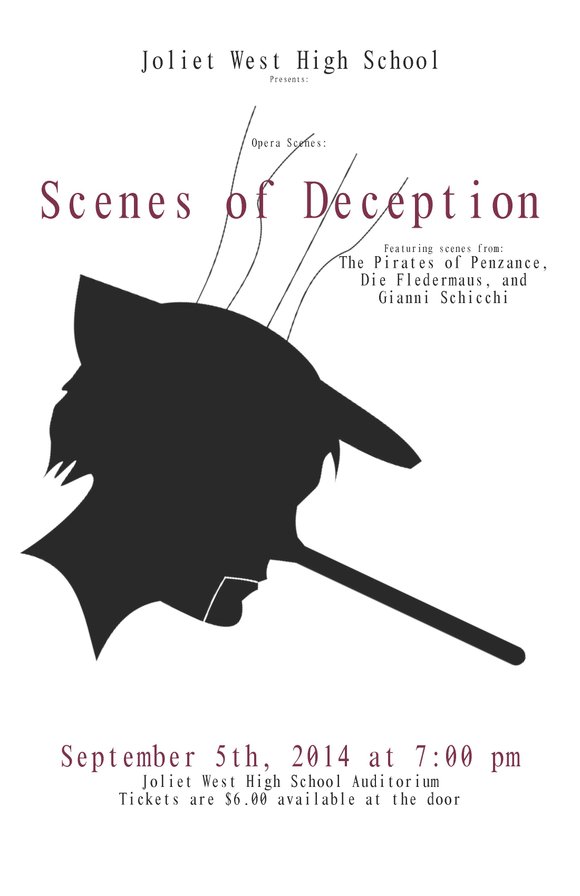 Tickets are $6 and will be available at the door.

The theme of this year’s performance is “Scenes of Deception” and features scenes from Giacomo Puccini's “Gianni Schicchi,” Gilbert and Sullivan’s “Pirates of Penzance” and Johann Strauss the Younger's “Die Fledermaus.”

“For example, the setting of Gianni Schicci will take place in the gangster-driven 1930s of Chicago instead of Italy in 1100 AD. ‘Pirates of Penzance’ also lends itself to some silly ideas because of the lack of seriousness in the storyline. Most people do not think of opera in such a comical light, but both ‘Pirates’ and ‘Fledermaus’ are quite comical works.”

In addition, creative costumes were constructed through a partnership with the school’s FACS class, as female Opera Scene cast members crafted their own dresses for one of the scenes.

Fifty students are involved in the production, including more than 15 soloists and JWHS junior Alexis Smith, who was the winner of the 2014 Rialto Idol competition.

“This program is uncommon. Joliet West is one of only a handful of schools in the nation that have an opera scenes program,” DeBoer said. “The performance of opera scenes allows students to explore the genre of opera and gives students a challenging project.”