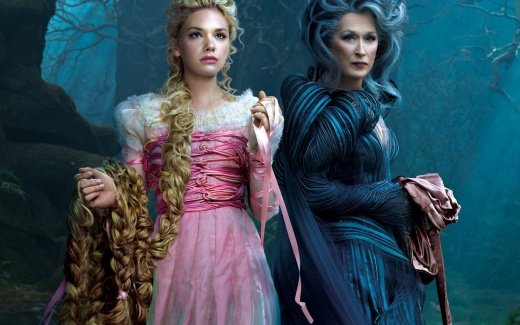 American Sniper (R for graphic violence, sexual references and pervasive profanity) Clint Eastwood directed this adaptation of the best-selling memoir by Navy Seal Chris Kyle (Bradley Cooper), the most successful sniper in the history of the U.S. military. With Sienna Miller, Luke Grimes and Jake McDorman.

Big Eyes (PG-13 for mature themes and brief profanity) Revisionist history biopic correcting the record about Margaret Keane (Amy Adams), the painter whose husband (Christoph Waltz) became one of the most celebrated artists of the Fifties and Sixties by passing off her work as his own. Co-starring Krysten Ritter, Danny Huston and Jason Schwartzman. (In English, French and Italian with subtitles)

The Gambler (R for sexuality, nudity and pervasive profanity) Mark Wahlberg stars in the title role of this remake of the 1974 thriller as a college professor whose gambling habit lands him in trouble with loan sharks (John Goodman and Michael Kenneth Williams) and the casino owner (Alvin Ing) who’d extended him a quarter-million dollar line of credit. With Brie Larson, George Kennedy and Jessica Lange.

Unbroken (PG-13 for brief profanity and intense brutality) Angelina Jolie directs this adaptation of the Lauren Hillenbrand best-seller of the same name recounting Olympic athlete-turned-WWII hero Louie Zamperini’s (Jack O’Connell) harrowing internment in a Japanese POW camp after his plane was shot down over the Pacific during a rescue mission. With Takamasa Ishihara, Garrett Hedlund, Finn Wittrock and Jai Courtney.

Barbecue (Unrated) French farce revolving around a trim and fit, diet-conscious health nut (Lambert Wilson) who decides to throw caution to the wind after suffering a heart attack on his 50th birthday. Supporting cast includes Franck Dubosc, Florence Foresti and Sophie Duez. (In French with subtitles)

Beloved Sisters (Unrated) Incestuous romance drama about a couple of aristocratic siblings (Hannah Herzsprung and Henriette Confurius) who opt to share when they both fall in love with the poet, philosopher and playwright Friedrich Schiller (Florian Stetter). With Claudia Messner, Ronald Zehrfeld and Maja Maranow. (In German and French with subtitles)

Leviathan (R for profanity, sexuality and nudity) Legal drama about a humble family man (Aleksey Serebryakov) who retains the services of an attorney (Vladimir Vdovichenkov) to prevent his seaside home with a view from being seized for a pittance by eminent domain by a corrupt mayor (Roman Madyanov). Support cast includes Elena Lyadova, Anna Ukolova and Sergey Pokhodaev. (In Russian with subtitles)

Tale of the Grim Sleeper (Unrated) Keystone Cops documentary revisiting the badly-bungled investigation of the case of Lonnie Franklin, Jr., aka The Grim Sleeper, a serial killer whose reign of terror around South Central L.A. claimed at least ten lives over a quarter-century.

Two Days, One Night (PG-13 with mature themes) Slice-of-life drama about a woman (Marion Cotillard) recovering from a nervous breakdown who has to spend a weekend trying to convince her factory co-workers to reverse their vote to have her fired in return for a big bonus. With Fabrizio Rongione, Catherine Salee and Pili Groyne. (In French and Arabic with subtitles)