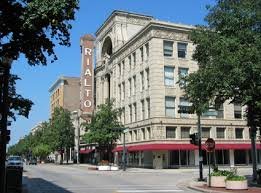 The controversy surrounding the new marquee for the Rialto Square Theatre doesn’t seem to be anywhere near a satisfactory resolution for those opposed to the modernistic design.

The one-sided debate over the sign has prompted some residents to question why the Rialto was not more open about the whole renovation process the Rialto board has been going through for the last several years. The answer to that is they were as open about the process as the public demanded. In other words, transparency is there but you must look for it.

It has been pointed out many times over the years that Illinois has a very large number of government units, more than any other state in the country. The count is somewhere around 7,000 units, including the board that governs the Rialto theater.

The Will County Metropolitan Exposition and Auditorium Authority (WCMEAA) is that board. How would anyone keep track of all the meetings that take place on any given day in Illinois’ many governmental units?

The debate surrounding the Rialto marquee should be “how to attract more patrons to the theater?” Will a new marquee, regardless of the design, help that effort? Can we look elsewhere for answers?

The Rialto shares a history with the Paramount Theatre in Aurora. Both theaters were designed by the same architect, the Chicago firm of Rapp & Rapp. J.J. Rubens was involved in both communities by helping to guide the development and construction of the theaters.

Incubation of the Paramount began in 1915 but the theater wasn’t built until 1931. The Rialto opened in 1926. Both were part of the golden era of the “theater palaces” and both were restored in the 1970s and early 1980s with the help of government grants.

Since 1976, the nonprofit Paramount has been governed by the Aurora Civic Center Authority (ACCA). Since 1978, the WCMEAA has governed the nonprofit Rialto. The city of Joliet gives the Rialto an annual grant of $600,000. Aurora gives the ACCA a grant of $510,000, according to Aurora’s 2014 budget.

The Aurora grant includes the Paramount as well as management of programming and operations of Aurora’s RiverEdge Park. Both theaters are open to the public for private events such as weddings and business gatherings.

The Paramount boasts an annual audience of 150,000, according to its web site. A spokesman for the Paramount, Jay Kelly, said they currently have 25,000 paid subscribers to their various events such as the Broadway series currently featuring a live production of “Annie.” Information on audience numbers and paid subscribers was unavailable at the time of this writing.

Revitalization of downtown Joliet featuring the Rialto seems far off if agreement of something as benign as a marquee cannot be resolved without such hoopla.

In next week’s column I will be revisiting several of the past year’s “One last thing” comments. Some of the issues raised have been resolved and some will be ongoing in the future. In the meantime, have a happy holiday season and be safe. Stay tuned.