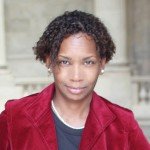 The movie Selma, which debuted on Christmas Day, is an eerily timely film detailing a history not taught in American schools on a regular basis. There’s the obvious truth we already knew: Dr. Martin Luther King, Jr. is in another stratosphere of leadership compared to the Who’s Who on the scene today.

In terms of results, no one has come close to Dr. King before or since. Anyone attempting to define themselves as a leader in the movement around the Black agenda today needs to check themselves after watching this movie. The film provides a unintended indictment of the non-strategies that yield no positive results often seen in today’s so-called leadership.

Director Ava DuVernay’s depiction of the lead up to President Lyndon B. Johnson’s signing of the 1965 Voting Rights Act leaves behind huge lessons – many unintentional. The first would be that without constant pressure on those in power nothing will change. Even within the genre of a history we already know on a man we’ve over-studied, there’s that powerful truth.

Selma reminds us of what is required to win results for African Americans with 300 years of history stacked against them. Even with the predictable restrictions brought on by the money-grabbing King kids who forbade the director to use their father’s actual words for the film – screenwriter Paul Webb tells us that Dr. King remains one of few people in American life to speak brutal honesty on racism and make a difference.

The film reaffirms that Dr. King worked in service of a mission. In the case of the Selma campaign, it was voting rights. King did not get up in the morning to focus on TV interviews, news conferences or participate on panels. His was a results driven movement. Understanding the domino effects of certain actions in Selma and how those actions would win results and move the needle on voting rights is featured.

It’s jarring to consider how unthinkable it was for Blacks voting in the South 50 years ago just as it was unthinkable to imagine a Black president in the White House. Now, even with both those realities realized, current Black leadership still hasn’t found a way to win.

The post-King era of civil rights groups is more fixated on corporate sponsorships, endless roundtables and sprawling conferences. It also features meetings with people in power that yield no results and endless re-statements of unsolved problems. The pattern typically ends with a behind-the-scenes deal to keep modern civil rights leaders quiet.

All this comes at a time when any glance at economic data on poverty, unemployment and economic status would tell you something is seriously wrong with Black leadership. That Dr. King was operating during a much more perilous time punctuated with murder makes it even more of an indictment of today’s “leaders.”

In the wake of Ferguson, Mo. and the deaths of Michael Brown and Eric Garner by state actors, there is the realization that much of what King confronted and improved remains unconquered. We still have unarmed Black men being shot dead and their killers going unpunished after telling tales that blame the dead for their demise.