New Metra Leader asked for Improvements on BNSF for area 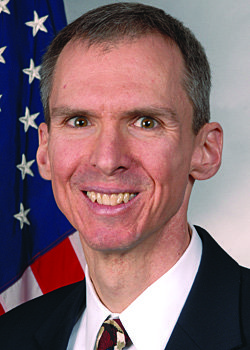 Congressman Dan Lipinski (IL-3), Illinois's most senior member of the U.S. House Transportation and Infrastructure Committee and co-chair of the Congressional Public Transportation Caucus — has sent a congratulations letter to new Metra Executive Director/CEO Don Orseno and asked him to address problems with delays on the BNSF line and the need for increased service on the Heritage Corridor.

"Without question, the impact of the system-wide delays this winter cannot be overstated, especially on the BNSF line. Unfortunately, Metra's service on the BNSF lagged throughout parts of last year as well,” Lipinski stated. “Many of my constituents believe Metra's service along the line is slipping. One of my highest priorities is to ensure reliable, high quality public transportation in northeastern Illinois. For this reason, I urge you to take measurable steps to improve the reliability of this service."

Metra's BNSF route accommodates 47 round-trip trains per day from Aurora to downtown Chicago through Lipinski's congressional district. The line is by far the most utilized route in Metra's system, with a monthly ridership of approximately 1.3 million.

Since 1999, Metra has operated three round-trip trains per day on the Heritage Corridor. During this period of time, the population served by the line has significantly increased. In Will County between 2000 and 2010, the populations of Romeoville, Joliet, and Lockport grew by 88%, 39%, and 12%, respectively. Southwest Cook County has also grown over the past 10 years with the populations of Lemont, Willow Springs, and Summit increasing by 22%, 10%, and 4%, respectively. As a result, ridership on the Heritage Corridor has expanded by approximately 25% over the past ten years with the potential for much greater ridership if additional service is added.

"For these reasons, I urge you to provide additional service on the [Heritage Corridor] line and work with me on behalf of the residents of northeast Will County and southwest Cook County to make it a reality," said Lipinski. "Given your career railroad experience, I am hopeful that you will move Metra forward in a positive direction and that we can work together to ensure reliable and adequate Metra service for all the residents of the region."

Lipinski appreciates the feedback he has gotten from his constituents and encourages them to continue to speak out regarding these issues.