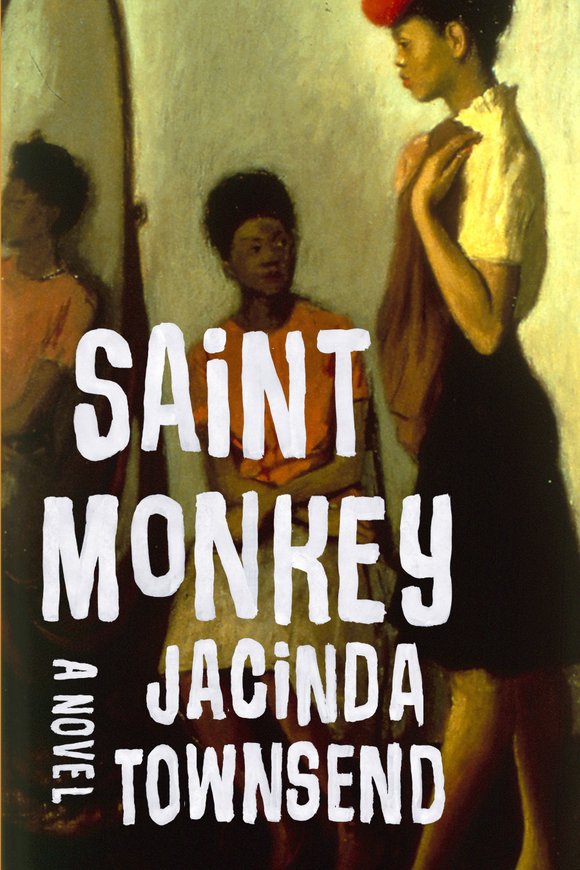 The first time you saw her, it was all you could do to resist touching her curls.

They were perfect, just like her fingers and her apple-dumpling cheeks. Her eyes drew you in, begging you to love her – and you did.

She was the most beautiful doll you’d ever seen. And she was property of your best friend, who wouldn’t let you touch her.

Do we ever outgrow wanting what someone else has? Or, as in the new novel “Saint Monkey” by Jacinda Townsend, do we instead learn that those things are as tarnished as our own?

They were only friends because Pookie’s bad teeth and Audrey’s braininess meant that nobody else would play with them. Eventually, they just had one another, their friendship sealed over baptism in front of God and old ladies who “got happy.”

At fourteen years old, Audrey liked to read. She also liked to sit on her porch swing on Queen Street and watch Pookie’s daddy come home every night. Three years before, Audrey’s father went to Korea and never came back. She sometimes pretended that Sonnyboy was really her daddy.

Or, she did - until Sonnyboy murdered Pookie’s Mama.

And that right there, it changed a lot of things. Pookie started using her given name – Caroline – and she started messing with boys. She’d always said she was going to Hollywood, and Audrey believed her. The funny thing was that Audrey was the first to leave Mt. Sterling, when a man heard her playing piano for a funeral and offered her a job in Harlem.

Leaving her Mama and Grandpap was hard, but Harlem was a dream come true for Audrey. She missed Caroline, too, but they’d had disagreements before she left, and Audrey was sure the friendship was too damaged to continue.

Still, Audrey wrote letters back home, telling Caroline about life in New York, meeting a special man, fame, and about Harlem through the eyes of a country girl. But to Caroline, it all seemed to be bragging. She always knew that Audrey thought she was better than everybody else.

What did she ever see in that girl, anyhow?

Reading “Saint Monkey” is as painful and irresistible as the friendship that forms this novels’ core.

Written in two distinct voices, this is the story of a love-hate relationship between two friends who grow together and grow apart, but can’t seem to let go of either. It’s the story of moving on, while aching for your roots; and of treading water while wondering what’s beyond the boundaries of your town. And for those reasons, sticking with the theme of this novel, it’s easy to both love and hate author Jacinda Townsend’s utterly compelling characters: Audrey, for her preoccupied properness, and Caroline for hiding her hurt behind sarcastic sass.

This is not a whip-through-it-quick novel. No, this one demands that you sink into the pages and take some time. And if you’ve got that, then “Saint Monkey” is surely a book to curl up with.