The Global Obama - Crossroads of Leadership in the 21st Century 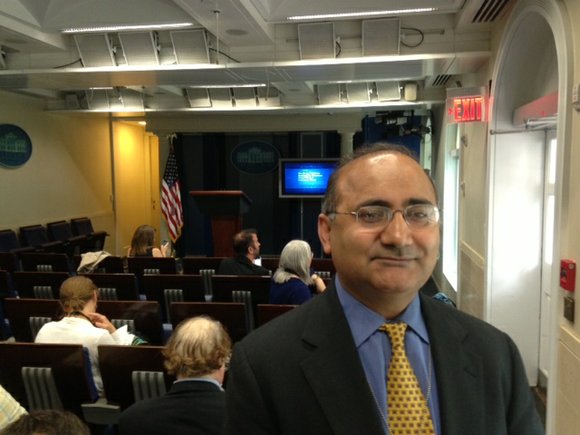 Crossroads of Leadership in the 21st Century

“Barack Obama [has] garnered higher approval ratings in most parts of the world than in the United States. What a paradox. The first black president, loved by people around the world, yet struggling for approval for his policies at home—whether it be the healthcare initiative, the stimulus to bail out the economy, or his ‘leading from behind’ on foreign policies.

We wanted to explore the stark contrast between Obama’s popularity abroad and his suboptimal ratings at home… Why the inverse correlation between the public image at home versus abroad?

You can’t be a prophet in your own land, Obama suggested… Thus, the idea was hatched to publish The Global Obama… It is only appropriate that we try to grasp the total Obama…

Clearly, part of Obama’s worldwide appeal is due to his international biography… Barack Hussein Obama’s rise from his early life as a multiracial and multicultural outsider in a broken family… to assuming the world’s most powerful executive position is as improbable as it is global in its trajectory and in its implications for the evolving 21st Century.

But whereas his life story has been the subject of several good biographies, his global position as a leader has not been assessed in a sustained manner. Obama’s global leadership qualities and position and how he is being perceived and judged around the world are the central and intertwined topics of this book.”

-- Excerpted from the Preface (page xxi) 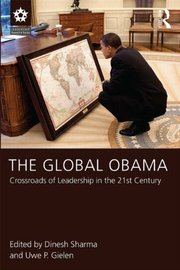 Barack Obama was so uniformly admired when he became president, that he won the Nobel Peace Prize during his first year in office, even before he had a chance to prove himself on the world stage. And just last month, he received the warmest reception of any of the heads of state in attendance at the funeral of Nelson Mandela.

How has Obama managed to maintain his popularity overseas despite suffering from plunging approval ratings at home? The answer ostensibly lies in his being as much President of the Planet as the President of the United States.

While he has caught considerable flak from Republicans for the supposedly “apologetic” speeches delivered to citizens on his tour of over 40 foreign countries and counting, truth be told, those visits have actually cultivated considerable political capital for the sage leader of the Free World. So, while his second term tanks domestically due to the dubious launch of Obamacare, our peripatetic pres is nevertheless likely to find continued approval abroad.

Exploring this surprising development is the raison d’etre of The Global Obama: Crossroads of Leadership in the 21st Century. Edited by Dinesh Sharma and Uwe P. Gielen, the enlightening opus is comprised of insightful essays on the subject by a diversity of academics, shrinks, journalists and social scientists, contributors coming from ports-of-call as far afield as Kuwait, England, Thailand, Germany, Dubai, France, Kenya, Japan, Korea, India, Canada, Malawi and, of course, the U.S.

The book simultaneously serves as a logical follow-up to Barack Obama in Hawai'i and Indonesia, a painstakingly-researched biography of the President’s formative years published in 2011 by Sharma, a Professor of Global Cultural Studies at SUNY-Binghampton. Here, the focus is on the charismatic role model’s image as perceived by folks on five continents.

A seminal exploration painting a complex portrait of the President as a compassionate humanitarian, militaristic expansionist and Teflon diplomat with incomparable strategic and oratory skills.

To order a copy of Barack Obama in Hawai'i and Indonesia, visit: