To Assimilate or Infiltrate: The War for (and Against) Being Undeniably Black 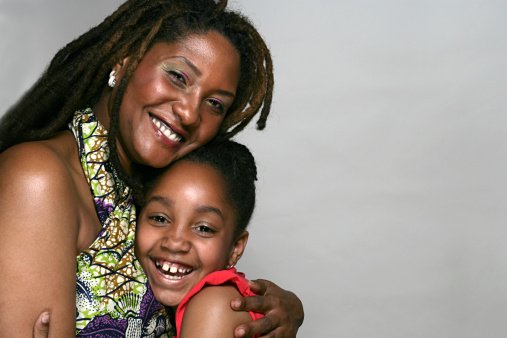 Do you chose to be more conservative in how you name and raise your children in hopes they will advance further in society?

When I was in the 9th grade I wrote a cartoon strip where the heroine’s name was Daphne. A white male classmate of mine who enjoyed reading my stories immediately complained that I’d give the girl a weird “black” name. I, politely, explained to him that the name was pronounced “Daff-nee” and that Daphne was a name from Greek mythology. Or, if that was too deep for him, a white female character from the cartoon “Scooby Doo.”

Born in 1977, before I went to the “integrated” school, I went to a mostly black elementary school full of students with a wide variety of names. Some unique and some as plain as mine was. Keisha, or some form of Keisha was, by far, one of the more popular names. There were also girls with the names Precious, Tamara, Myla, Richelle, Tamika and much more creative spellings of my own name, Danielle. There were girls more conventionally named Michelle, Tara, Yolanda, Marla and Alicia. Nothing was wrong with any of these names. So I was mildly horrified with one young woman named Keisha, in 2013, chose to legally change her name to Kylie due to teasing by her white peers.

Keisha, by the time I was in high school in 1992, was such a common name one of my younger, white teachers actually considered naming her daughter it until her husband argued her down not to. No doubt, Keisha being a “black name” probably had something to do with that, but this was how “ordinary” Keisha had become. But apparently for some, “Keisha” is still controversial, something worth teasing over. But if “Keisha” can’t make it, what chance do names like LaTavia, Towanda or Quvenzhané have?

Sure, your resume may end up in the garbage. But you almost might end up singing with Beyonce and Toni Braxton respectively, while getting nominated for an Oscar at nine years old.

My parents named me Danielle the same reason why many other black parents chose to name their daughters Unique or Heaven – they were madly in love with and proud of their baby and wanted the world to know it by naming her something special. My mother told me she didn’t know anyone named Danielle growing up and found the French name “beautiful” and “unique.” She said I was born and she looked at me and I just “looked” like a Danielle. But at the same time, my parents didn’t want my name to potentially hinder any success that might come my way. They felt I’d stand out enough being a black girl in an integrated world. I didn’t need a more elaborate name to go with it. But obviously, many other black parents beg to differ. They’re proud and they wear that pride in their names. It used to be that former slaves wanting to shirk the yoke of their past life dumped the last name of their masters and called themselves “Freeman” or adopted the more aspirational, “presidential” last names of Jefferson, Washington and Jackson.

How was naming your daughter Alexus any different?

This is a continuing dilemma for African Americans, even today. Do you chose to be more conservative in how you name and raise your children in hopes they will advance further in society? That they will be less likely to encounter certain types of discrimination with an English first name, classical piano lessons and a household that forbids slang like the one I grew up in? Or do you simply swing for the fences and go, “I’m naming my kid Barack Hussein Obama Jr. and Condoleeza Rice anyway?”

There is this belief that to make it as a black person in a racist society that you must give up part of yourself in order to succeed, but I don’t think that is any longer true … if it ever was. At the end of the day, no matter your name, choice of speech patterns or dress, you are still black. You still must travel the same path of those before you and find your own way, your own identity. By denying parts of your heritage or running away from a name like “Keisha,” it doesn’t change your lineage or what you must tackle day-to-day.

Being Kylie, again, might keep your resume from being thrown in the trash, but only you being the true to who you are will get you to where you want to go.