We all (hopefully) know the stellar history of our fore-mothers like Sojourner Truth, Phyllis Wheatley, Harriet Tubman, Ida B. Wells, Fannie Lou Hammer, Dorothy Height and Lena Horne. But there are black women making moves today who are likely to join those names in our history books and become legends in their own right.

Here are ten black women who are making “history” today.

Kamala Harris, Attorney General in the state of California

Born in Oakland, Calif. of an Indian mother and a Jamaican American father, Kamala Harris made history in four years ago when she became the first person of both Asian-American and African-American decent to become attorney general in the state of California. 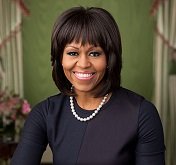 Michelle Obama, First Lady of the United States of America

There’s no way you could make a list like this and not put the first ever African American First Lady of the United States on it. A transcendent figure already, Obama quickly rose to the status of role model, healthy living advocate and fashion icon after her husband, Barack Obama’s win for the presidency in 2008.

Currently the National Security Advisor for the United States, Susan Rice was former the ambassador for the United Nations for the Obama Administration. While in her position at the U.N. she was the second-youngest person and the first African American to serve in the position.

She’s won four Olympic gold medals, is the current no. 1 woman ranked in tennis and has a total of 17 Grand Slam titles. But at 32, Serena Williams shows no signs of stopping. She seems to be ascending at a point in her career when other tennis players have long since peaked. She didn’t just make it into history, she served up an “ace” and slammed into it.

A leading voice on black women, feminism and Hip Hop, Joan Morgan coined the term “Hip Hop Feminism” in her well-regarded 1999 book “When Chickenheads Come Home to Roost.” Today, Morgan continues to speak out on issues regarding popular culture and gender, misogyny and homophobia.

A “post-modern” feminist and social activist, author bell hooks is known for her provocative tomes and essays that work to subvert oppressive structures that thrive in the intersection of racism, sexism and capitalism. She’s published more than 30 books and is a sought after public speaker, tackling how race, gender and class affect our media, history, sexuality and art. 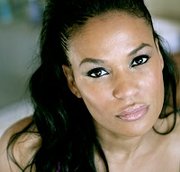 The founder of the nonprofit “Black Girls Rock,” Beverly Bond started out as a fashion model for New York agency Wilhelmina when she was 17, but later branched out into the world of music, becoming a DJ. Today, along with the organization she founded, Bond focuses on enriching the lives of young black women through mentoring, music, education and analysis of how black women are portrayed in the media.

Congresswoman Donna Edwards is a lawyer and community activist who became the first African American woman to represent the state of Maryland in 2008. Edwards has a background in advocating against domestic violence, including helping get the 1994 Violence Against Women Act passed. Since joining Congress she has worked to improve our environmental health and was arrested in 2009 while protesting against genocide in Darfur.

Cathy Hughes, Founder and chairperson of Radio One, Inc.

A media mogul, Cathy Hughes is the founder and chairperson of Radio One, Inc., a multimedia company that owns online venture Interactive One. Radio One is one of the largest radio broadcast networks in the U.S. with 69 stations. Hughes was also behind the launch of cable TV network TVOne, which is currently broadcast in 57 million American households.

The reason why millions crave insane love triangles and high stakes drama every Thursday night, Shonda Rhimes is the thrice Emmy Award-nominated creator of the addictively popular ABC Network drama “Scandal.” The writer and show-runner is also the mind behind equally habit-inducing shows “Grey’s Anatomy” and “Private Practice.” In a TV Land dominated by white male voices, Rhimes is the rare black woman who gets to have her say and get all the ratings too.