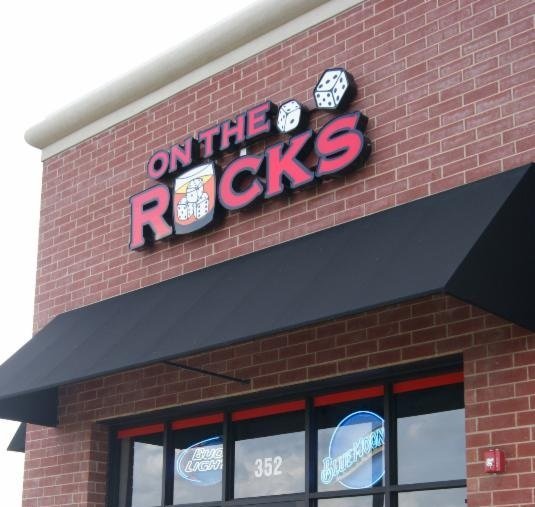 On the Rocks, located on Essington Road in Joliet, was such a success for owners Doug Wuerfl and Robert Boldygrew that they opened a second, larger location on Budler Road in Romeoville. On the Rocks Facebook page

The success of On the Rocks in Joliet has prompted owners to open a second, larger version of the popular bar in Romeoville.

Manager Colleen Allton, who transferred to the new location from the one in Joliet, said owners Doug Wuerfl and Robert Boldygrew have taken what they know works for their upscale sports bar and used it to create their new venture.

It is about twice the size of their original location and, unlike Joliet, will have a kitchen that will serve pizza, panini sandwiches and appetizers, she said. The extra space allows them to have a party room, more than a dozen 55-inch, flat-screen televisions and video gaming machines, which will be installed soon, she said.

"They have a great little bar in Joliet," said Allton, a Plainfield resident. "This one will have a little more space, and some improvements on that. ... Your first project is always your learning project."

"I'm so excited about the grand opening," said Allton, who has been working to get the bar launched for weeks.

The 21-and-over bar will also provide entertainment on a regular basis, including live bands, karaoke and DJs. There will also be dart boards and dart teams, more than 50 craft beers, and an extensive drink and martini menu.