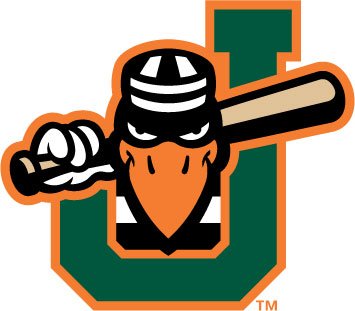 The Joliet Slammers provided this account of the team's doubleheader Saturday:

The Joliet Slammers were swept in a doubleheader at Schaumburg on Saturday. The Slammers lost 4-3 and 7-6.

In game one, Joliet scored in the 1st inning as Max Casper led off with a single. He was erased on a fielder’s choice from Chris Epps who would eventually score as Russell Moldenhauer doubled to leftfield to make it 1-0.

Casper’s slide into second base upset Schaumburg shortstop Gerard Hall. Hall complained to the base umpire after the inning ended and was ejected from the game. Boomers Manager Jamie Bennett joined in and was also kicked out.

Matt Crim made his Slammers debut with the start in game one and gave up two runs in the bottom of the 1st. Ty Nelson walked with the bases loaded for their 1st run and Joe DePinto singled in the other to give them a 2-1 lead. Bobby Martin homered in the 2nd to give Schaumburg a 3-1 lead.

In the bottom of the 7th, with Brett Zawacki on the mound for Joliet, Justin Vasquez singled with one out for Schaumburg. With two outs Brian McConkey singled to push Vasquez to second. Ty Nelson followed with a two-strike single to rightfield to score Vasquez and win the game 4-3 for the Boomers.

In game two, the Boomers scored twice on Jordan Wellander in the 1st inning on a 2-run single from McConkey. Joliet picked up a run on a solo homer from Grant DeBruin in the top of the 2nd. DeBruin was 0-3 in game one to end his 14-game hitting streak.

Schaumburg scored two more in the bottom of the 2nd on RBI singles from Vasquez and Tyler Sciacca. The Slammers responded with three more of their own to tie the game at 4-4 in the 3rd. Epps and Moldenhauer had RBI singles and then DeBruin tied it with a sacrifice fly to the warning track in rightfield.

Sciacca’s single off of Joliet’s Kevin McNorton in the 4th meant Schaumburg was back in front 5-4. Casper singled to lead off the 5th for Joliet and he would score to tie the game 5-5 when Moldenhauer hit into a double play.

Going to the bottom of the 6th with the game still tied, the rain started and the tarp was put on the field. After a quick 15 minute rain delay the game resumed. Kevin McNorton gave up two singles and Zawacki came on for Joliet. After an intentional walk, Zawacki hit Sciacca to push across the lead run and then another scored on a wild pitch to make it 7-5.

In the top of the 7th Moldenhauer doubled to score Chris Epps who had tripled. That made the score 7-6 but DeBruin grounded out to end the game and earn Schaumburg the sweep.

The Slammers and Boomers wrap things up in their four-game series on Sunday at 1pm. The All-Star Break then begins as Joliet will host the Dutch National Women’s Fastpitch Softball team in an exhibition game on Monday July 14 at 7pm at Silver Cross Field.

Joliet opens the second half of the season at Silver Cross Field on Friday at 7:05pm against Windy City. It will be a Fireworks Friday and a Zombie Night at the ballpark as well. Slammers action this summer will be broadcast live on 1340 WJOL and wjol.com and the audio/video feed of home games this season can be seen at independentprofessionalbaseball.com.