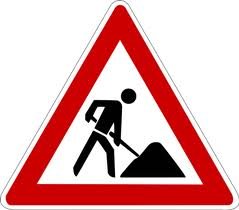 Two road projects, one in Joliet and the other in Plainfield, are sure to cause traffic headaches to consider your detour options now:

The extensive project calls for the roadway to be expanded to three lanes, with new curbs and gutters, street lighting improvements and traffic signal at McDonough and Houbolt, according to the city of Joliet.

The work will not be completed until mid-October.

A detour will route eastbound traffic away from the construction site, but a westbound lane will remain open. The Will County Highway Department is overseeing the project.

143rd Street RR crossing to be closed for repair work

The railroad crossing on 143rd Street in Plainfield will be closed for six days, starting at 8 a.m. Friday, to allow repairs to be made.

The village will set up a detour route that follows 135th Street to the north, Route 59 to the east and Van Dyke Road to the west, according to a village news release. Advance signage and the detour route will be posted.

The crossing will reopen on or before 4 p.m. June 21, the release said.