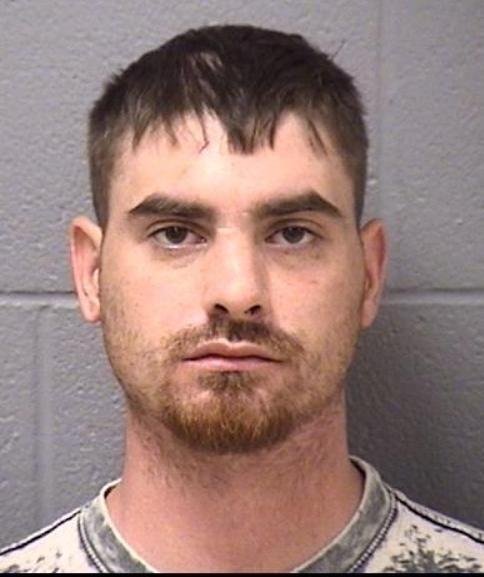 A drunk driver who was more than three times over the legal limit struck a motorcyclist with such velocity Sunday night that the man rolled on to the hood of his SUV, Joliet police said.

Sean J. Maccani, 25, also struck another vehicle but could not recall either accident when arrested at his 3735 Jonathan Simpson Drive home in Joliet, Cmdr. Al Roechner said.

The first accident occurred at about 5:40 p.m. when Maccani, driving northbound on Essington Road in a 1997 Jeep Cherokee, hit the rear of a car at Glenwood Avenue, Roechner said. Instead of stopping, he simply put his vehicle in reverse and sped away, he said.

At Essington and Ingalls, he rear-ended the motorcycle, which was stopped at the intersection, Roechner said. The victim flew on to Maccani's SUV and then fell off, and Maccani drove away, he said.

The motorcyclist was transported to Presence St. Joseph Medical Center in Joliet for treatment of non-life-threatening injuries.

Witnesses were able to get a description of Macanni's vehicle, and he was arrested at 6:45 p.m. at his home, Roechner said.

"He said he didn't remember hitting anything," he said.

Maccani's blood alcohol was .29 at the time of his arrest, more than three times the legal limit of .08.

He was charged with leaving the scene of an injury accident, driving under the influence of alcohol, blood alcohol content over .08 and failure to reduce speed to avoid an accident. He is being held in the Will County jail pending a bond hearing.