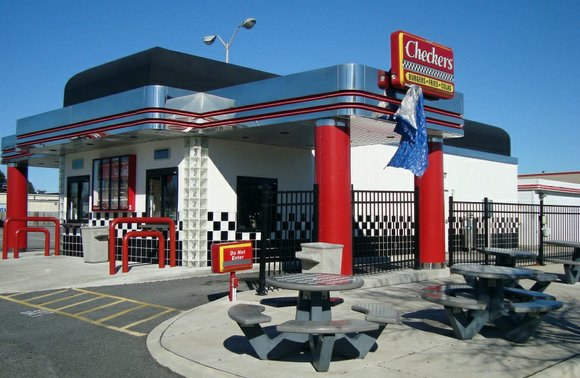 Two new Checkers restaurants will be built in Joliet -- one each on the city's East and West sides.

Three new fast-food restaurants, two of which will be located on Joliet's East Side, were announced Thursday by Mayor Tom Giarrante.

Checkers will be building at two locations -- one on Collins Street, just north of Cass Street, and the other will be an addition to the Mobil gas station on Jefferson Street, in the parking lot of the Kmart store.

Popeye's Chicken & Biscuits will also be opening a new restaurant on Cass Street, west of Collins. The building it will be using is currently an El Burrito Loco restaurant, and previous to that had Popeye's that closed, according to a release from Giarrante.

Interestingly, Checkers previously had a location at 1511 W. Jefferson St., about two blocks away from the proposed new site, but it closed several years ago. The restaurant specializes in burgers and shakes.

The same developers, Aby Mohamed and Rajan Madassery, are building all three businesses, the mayor said.

“(The restaurants) will be a great addition to the many thriving businesses that are already in the neighborhood,” Giarrante said.

They will also employ about 150 full-time workers, he said.

Jim Haller, director of Community and Economic Development, said the deal has been in the works for more than a year.

“They really love Joliet,” Haller said. “We’re hoping to see more investment in the community from them.”

The new fast-food eateries join three others that are being built in a new strip mall development at Jefferson and Caterpillar Drive that is being anchored by a new Aldi food store. Two of the restaurants are new to Joliet -- Potbelly Sandwich Shop and Mooyah, a Texas-based chain that sells hamburgers -- and the third will be a Chipotle Mexican Grill.