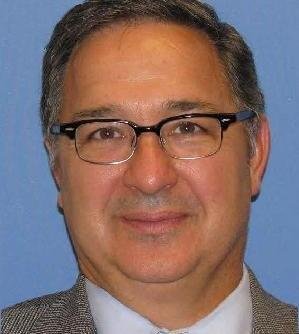 The Troy School District 30-C board has approved the hiring of Dr. Todd Koehl as the new superintendent of schools starting July 14.

Koehl's hiring comes after a series of interviews that narrowed the field of candidates from an initial pool of 41. He has been given a three-year contract with an annual salary of $172,000.

Koehl, currently superintendent of O'Fallon School District 90, which is 15 minutes east of St. Louis, succeeds Dr. Don White, who took a new position with the Hinsdale School District 181 in May. He has a bachelor's degree from Illinois Wesleyan University, and a masters degree and doctorate in educational administration from Illinois State University.

Koehl praised his predecessor's leadership, which left the district on firm footing.

"Because scores are good and the district is in good shape," said Koehl, "it's an excellent district with great staff."

Koehl said that his move to Troy brings him to a district with similar test scores, student populations and demographics to the one he is leaving. O'Fallon has a student population of just over 3,500 students spread over five elementary buildings and two junior highs. In District 30-C, he will be in charge of 4,500 students and seven school buildings, including five elementary schools, an intermediate building of 5th and 6th grade students, and one middle school for grades 7 and 8.

The district has schools in Joliet and Shorewood.

"It's a great opportunity to step right in and do what I'm doing," he said.

His first priory, he said, is to get to know school staff and learn what they're passionate about.

"I start by building relationships," he said, "(to) make sure that we're all in the right bus and in the right seats."

Koehl said that he will maintain an "open door" policy for district staff and residents.

"I strive to do my best to explain the actions of anything we do in the school district to anyone who will ask," said Koehl, stressing that listening to concerns and helping are critical to his job.

"I see this as a service position and I serve," he said.

He will tackle a couple of challenges when he starts, Koehl said. First on the list is getting a better sense of what the state funding for District 30-C will look like, which is something he said he will have to be "vigilant" about.

Koehl, who is originally the Bloomington-Normal area, said he and his wife Denise will be relocating to live in the Troy District. They have three grown children, with their youngest preparing to start college at Illinois State University in the fall.