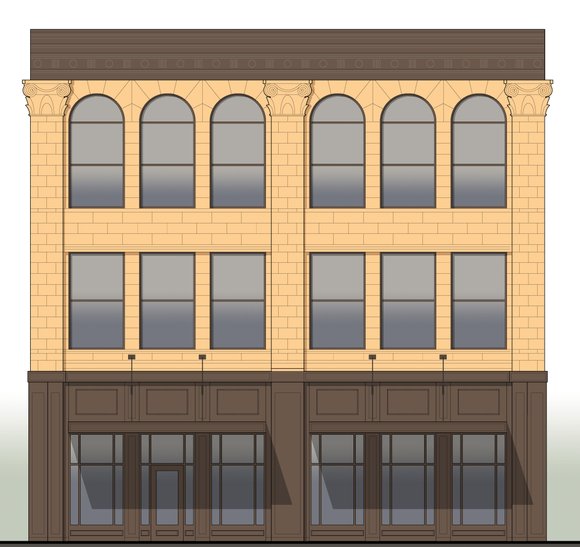 This is how the building will look after the university completes its renovations.

A building in downtown Joliet will be getting a new tenant this summer.

The building will include five classrooms and house students as well as about 20 full-time staff, Fisher said.

“The university’s intent is to expand their presence in the downtown area. The Mode Theater building project accomplishes that goal,” he said.

A shuttle service will transport students to and from the main campus to the building. That, according to Fisher, will keep cars from taking up parking spaces both along city streets as well as Joliet’s parking garages.

The university also plans to renovate the building and get it “pretty close” to how it looked when it was first built in the 1920s, Fisher said. At one time the building housed a movie theater.