Jordan Davis worried that he wouldn’t 'make it' in life 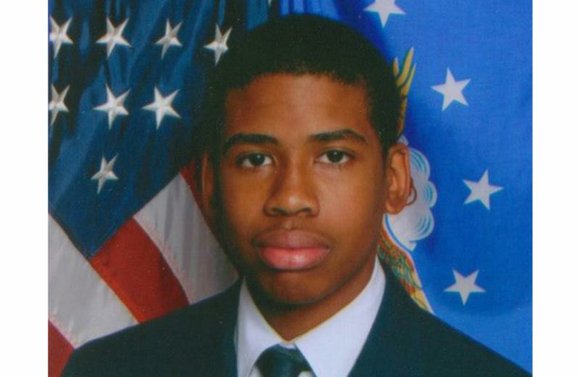 WASHINGTON (NNPA) – Filled with doubt about his future, Jordan Davis, a 17 year-old student at Samuel W. Wolfson High School began to cry one night sitting on the patio of his father’s condo in Jacksonville, Fla.

Like most teenagers, longing for his own identity and independence, Jordan wanted to work and was having a hard time finding a job. He didn’t feel great about his grades, either.

Ron Davis reassured his son and told him that he wasn’t alone.

“You have two parents behind you, you have loved ones behind you,” Davis told his son that night. “Don’t think that you’re in this world by yourself, you’re going to make it.”

Jordan dried his tears and hugged his father.

Looking back, Ron Davis said, maybe he knew more than what I knew at the time. Maybe he saw something.

In 2012, Jordan was living with his father in Jacksonville, Fla., but still maintained close ties with his mother, Lucy McBath, in Atlanta, Ga., and visited often. McBath said that people gravitated to her son, Jordan. He could light up the room with his quick smile and he loved to laugh.

Inside, however, he kept questioning whether he could make.

Sitting in his mother’s kitchen in Atlanta, Jordan said, “Mom, what would you do if I died?”

Shocked, McBath replied, “Why are you asking me these questions, Jordan?”

“I need to know how you would handle it,” Jordan answered.

McBath finally told her son that she would be devastated, but she would find the strength to go on. This time it was the teen reassuring one of his parents.

“I’ll be good, you’ll be the ones that will be suffering,” Jordan told his mother. “I’ll be in Heaven with Jesus. I’ll be fine. I’m not afraid to die.”

On November 23, 2012, a few months before his 18th birthday and only a few days before he was scheduled to begin a new job working at McDonald’s, Jordan Davis, an unarmed Black teenager was shot and killed in the parking lot of a Jacksonville gas station by Michael Dunn, a White, computer programmer.

Dunn said that he feared for his life after starting an argument over loud music playing in the teens’ SUV. He claimed to have seen a weapon hanging out of the SUV driven by one of Davis’s friends. But no witnesses confirmed his account and nor was a weapon ever found.

What is beyond dispute is that Dunn continued to fire bullets into the SUV while t Davis and his friends were fleeing. Struck three times, Davis sat in bleeding to death while Dunn fled the scene without notifying police.