Prof to give public talk at JJC on 'planet migration' 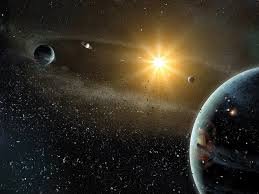 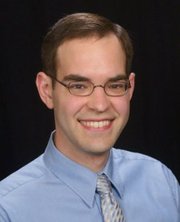 Dr. Daniel Fabrycky of the University of Chicago will give a talk on the chaotic migration of planets on Nov. 18 at 4:30 p.m. in D-2001 on the Main Campus, 1215 Houbolt Road in Joliet. Community members are invited to this free presentation.

Dr. Fabrycky will discuss how planets migrate in the solar system as well as how astronomers explain observations of exoplanet orbits discovered by NASA’s Kepler mission.

During the 1990s, researchers found that the solar system is chaotic and might go unstable, during the several billion years while the sun still shines, due to gravitational interactions between the planets. Moreover, an asteroid belt beyond Neptune’s orbit holds evidence that the giant planets migrated vast distances long ago.

Current observational techniques used to discover planets around other stars (exoplanets) show that dramatic rearrangements of planets was even more striking for planets around other stars. Exoplanets routinely orbit stars much closer than Mercury orbits the Sun, giving rise to a host of theories of how they got there. Pairs of exoplanets orbiting the same star have orbital periods in synch with one another, and these configurations give us a peek into the migratory and chaotic life of exoplanets.

Daniel Fabrycky is an assistant professor in the Department of Astronomy and Astrophysics at the University of Chicago. He obtained his PhD in 2007 from Princeton University, and is currently a Sloan research fellow. His studies of the dynamics of extrasolar planets have shown how Jupiter-like planets can attain orbital periods of just a few days, and he is a leader in the field of using eclipse measurements to determine the masses and orbital architectures of other planetary systems.

Prior to the presentation, refreshments will be available for guests at 4:15 p.m.

For more information about the event, contact JJC Professor of Astronomy Noella Dcruz at 815-280-2572 or ndcruz@jjc.edu.