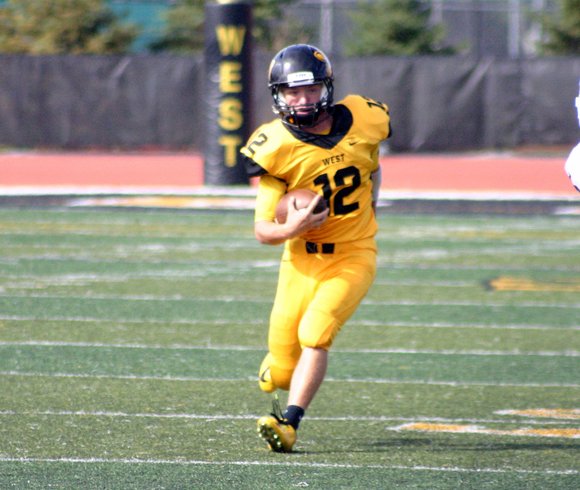 Joliet West slipped into the playoffs with a five win season but the draw they got was among the toughest in the 8A class when they were matched to play No.1 Oswego on the road Saturday meaning they would face the best the class has to offer in terms of seeding.

The Tigers (5-5) had a tough time moving the ball against a stiff Oswego (9-1) defense and when forced to punt, it provided the Panthers with more opportunity. The Panthers special teams unit got two blocked punts in the game, each leading to touchdowns for Oswego who took advantage of the short field and built a 31-7 lead midway through the 3rd quarter. West starting quarterback Alex Tibble left with an ankle injury in the 2nd quarter and did not return which put additional pressure on Joliet they could ill afford.

The loss ends a very productive season for Joliet but also breaks the dubious 20-year absence for the Tigers in post season play.