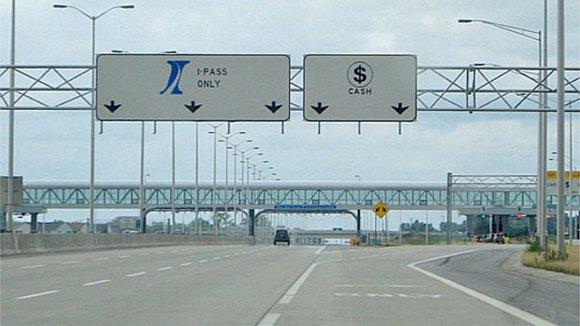 Four local companies have made the Illinois Tollway Authority’s list of the state’s most notorious toll “Super Scofflaws,” with one ranked as high as No. 6 for the nearly $260,000 debt its accrued.

The list is issued annually as a way of shaming people and companies into paying the money they owe from going through I-Pass lanes without a transponder, which draws down tolls automatically from accounts set up by users.

Tolls are the fees charged to use the state-owned expressways, and are used to maintain and expand the 286-mile road system. The most recent extension linked Interstate 355 to Interstate 80 a few years ago.

The worst offender in the state right now is MMM Trans Inc. of Wheeling, which has managed to accrue $898,748 in tolls and fines, officials said. Overall, violators owe a total of $8.75 million, which is up by $3.7 million from last year.

In our area, the worst-offender honor goes to Elite Cartage and Intermodal, 490 Woodcreek Drive, which does container drayage and storage. Their debt may not be nearing the million-dollar mark, but it’s exceeded a quarter-million at $259,345.45.

That’s a lot of fines and tolls, given that the toll for cars is 95 cents at the Boughton Road exit and for trucks runs from $1 to $4, depending on the vehicle’s size and whether it’s going through during the day or at night.

Also on the list of 283 scofflaws from our area are:

Violators have a seven-day grace period to pay online or by check. Failing that, they are fined $20 plus the cost of the toll for the first 60 days after the offense occurs, and then the penalty escalates to $50, according to the Tollway Web site.

After that, licenses start getting suspended and the case is turned over to a collection agency, which makes four attempts to reach the debtor before sending the case on the court, where a judge can order wages to be garnered, assets seized and other penalties be assessed.

Tolls make up almost all of the revenue needed to fund the agency’s $1.16 billion budget, so cracking down on people who go through without paying is imperative, officials say. The agency receives no state or federal funds.