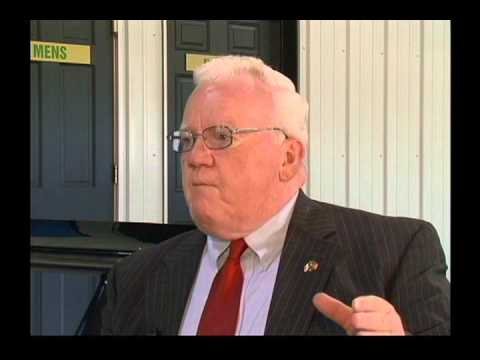 Republican Will County Board members didn't just vote against the 2014-15 budget Thursday but against all 11 levies needed to fund county government after Dec. 1, an action that incensed Will County Executive Larry Walsh.

"I'm astounded that they carried the issue of providing revenue for capital projects -- capital projects that they have talked about for two years and that basically, in committee, they all agreed to -- and yet when it comes time to find funding for them, then we all take a no," Walsh said. "Unbelievable."

GOP board members took their stand Thursday when they proposed an amended budget that would have reduced funding for Walsh's capital improvements budget by $1.5 million in order to prevent a small tax increase -- about $5 for the owner of a $200,000 house -- from being implemented.

After that motion failed by a 14-13 vote and Walsh's $466 million budget passed by the same margin -- with Walsh casting the tie-breaking ballot in each case -- GOP board members voted against the 11 tax levies needed to fund the government when the new budget starts Dec. 1.

It's an action that may not bode well for future capital project spending next year when the current 13-13 split between Republican and Democratic board members shifts to a Republican majority in December, Walsh acknowledged.

"We have a lot of responsibilities as we continue to see this county grow, and in my opinion, when I see this kind of action on $1.5 million, I personally don't see how we're ever are going to even coming close to finding a doable way of building a new courthouse," Walsh said. "I don't see that the fire's in the belly to do it."

What's more insulting, he said, is the dollar amount in question is relatively small given the thousands spent on consultants to analyze how to deal with the county's lack of office space and deteriorating building problems.

Construction is already under way to transform one downtown Joliet building for office space for the coroner and recorder of deeds and the board has purchased the First Midwest Bank Building on Jefferson Street as the site for a future courthouse. Plans to move the state's attorney's office into the bank building so that another office can be renovated for its use have been approved in concept.

A new courthouse is needed because the current building is too small to accommodate all of the county's judges, offers insufficient security measures and is facing myriad structural problems. There are also plans to build a new law enforcement campus on Laraway Road for the sheriff's office, which is also plagued by structural problems and operates on a well and septic system.

County board members have signed off on the tentative plans and no challenge to Walsh's five-year spending plan, drafted at the board's request, was presented during budget discussions, Walsh said.

Whether the action Thursday signals a change in thinking is hard to say, he said. If the majority wants to change the direction, they can, but he also reserves the right to veto their actions, he said.

"Today I was totally surprised because there are truly people who are elected on the Republican side of the aisle that understand government, understand their responsibilities." Walsh said.