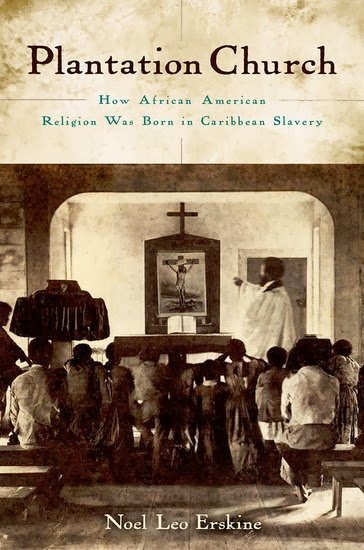 Dr. Noel Leo Erskine investigates the history of the black church in his latest book, “Plantation Church: How African American Religion Was Born in Caribbean Slavery.”

Erskine, who lives in Lithonia, is a professor of theology and ethics at the Candler School of Theology and the Laney Graduate School of Arts and Sciences at Emory University.

The book, published in January, is Erskine’s sixth. “Plantation Church” explores the history of the black church as it developed both in the Caribbean and the United States after the arrival of enslaved Africans.

Erskine writes that typically when people talk about “the Black Church,” they mean African-American churches in the United States. But he points out that the majority of African slaves were brought to the Caribbean and argues it was there that the black religious experience was born.

Erskine said that the massive Afro-Caribbean population established a form of Christianity that not only preserved African gods and practices but fused them with Christian teachings, resulting in religions such as Cuba’s Santería.

He said that the black religious experience in the United States was markedly different because African-Americans were a political and cultural minority. The Plantation Church became a place of solace and resistance that provided its members with a sense of kinship, not only to each other but also to their ancestral past.

Dwight N. Hopkins, co-editor of “The Cambridge Companion to Black Theology,” said that “Plantation Church” is one of those rare scholarly corrections that offers profound wisdom for academic and popular audiences.

“How refreshing that he does so with fluid storytelling and a writing style that urges the reader to pursue each page with expectations of new knowledge,” he said.

“A brilliantly provocative and unprecedented book, told with both intimately personal prose and comprehensive and convincing data, with insights that will radically change the way we have conceptualized Black Atlantic religious traditions,” Clarke said.

Erskine’s other books are “Black Theology and Pedagogy,” “From Garvey to Marley: Rastafari Theology,” “King Among the Theologians,” “Decolonizing Theology: A Caribbean Perspective,” and “Black People and the Reformed Church in America.”

Courtesy of The Crossroads News