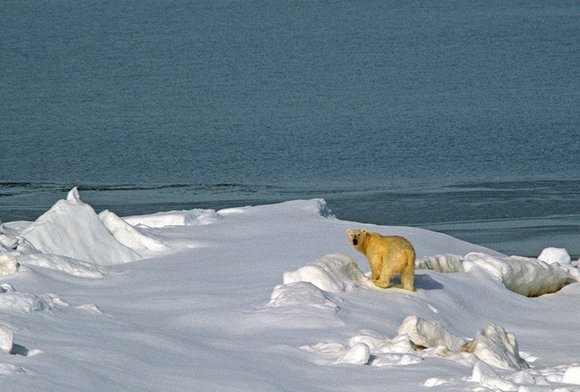 Dear EarthTalk: What is the best way to measure how close we are to the dreaded "point of no return" with climate change? In other words, when do we think we will have gone too far?

While we may not yet have reached the “point of no return”—when no amount of cutbacks on greenhouse gas emissions will save us from potentially catastrophic global warming—climate scientists warn we may be getting awfully close. Since the dawn of the Industrial Revolution a century ago, the average global temperature has risen some 1.6 degrees Fahrenheit. Most climatologists agree that, while the warming to date is already causing environmental problems, another 0.4 degree Fahrenheit rise in temperature, representing a global average atmospheric concentration of carbon dioxide (CO2) of 450 parts per million (ppm), could set in motion unprecedented changes in global climate and a significant increase in the severity of natural disasters—and as such could represent the dreaded point of no return.

Currently the atmospheric concentration of CO2 (the leading greenhouse gas) is approximately 398.55 parts per million (ppm). According to the National Oceanic and Atmospheric Administration (NOAA), the federal scientific agency tasked with monitoring the health of our oceans and atmosphere, the current average annual rate of increase of 1.92 ppm means we could reach the point of no return by 2042.

Environmental leaders point out that this doesn’t give us much time to turn the tide. Greenpeace, a leading environmental advocacy group, says we have until around 2020 to significantly cut back on greenhouse gas output around the world—to the tune of a five percent annual reduction in emissions overall—if we are to avoid so-called “runaway” climate change. “The world is fast approaching a 'point of no return' beyond which extremely dangerous climate change impacts can become unavoidable,” reports the group. “Within this time period, we will have to radically change our approach to energy production and consumption.”

In a recent lecture at Georgetown University, World Bank president Jim Yong Kim reported that whether we are able to cut emissions enough to prevent catastrophe likely depends on the policies of the world’s largest economies and the widespread adoption of so-called carbon pricing systems (such as emissions trading plans and carbon taxes). International negotiators meeting in Paris next December are already working to hammer out an agreement mandating that governments adopt these types of systems to facilitate emissions reductions. “A price on carbon is the single most important thing we have to get out of a Paris agreement,” Kim stated. “It will unleash market forces.”

While carbon pricing will be key to mitigating global warming, Greenpeace adds that stemming the tide of deforestation in the world’s tropical rainforests and beyond and adapting our food systems to changing climatic conditions and increasingly limited resources will also be crucial to the health of the planet.

“Without additional mitigation, and even with adaptation, warming by the end of the 21st century will lead to high to very high risk of severe, widespread and irreversible impacts globally,” reports the Intergovernmental Panel on Climate Change (IPCC), an international group of leading climate experts convened by the United Nations to review and assess the most recent scientific, technical and socio-economic information on global warming. Indeed, there’s no time like the present to start changing our ways.

EarthTalk® is produced by Doug Moss & Roddy Scheer e-mail us your question: earthtalk@emagazine.com.