“One Night” by Eric Jerome Dickey 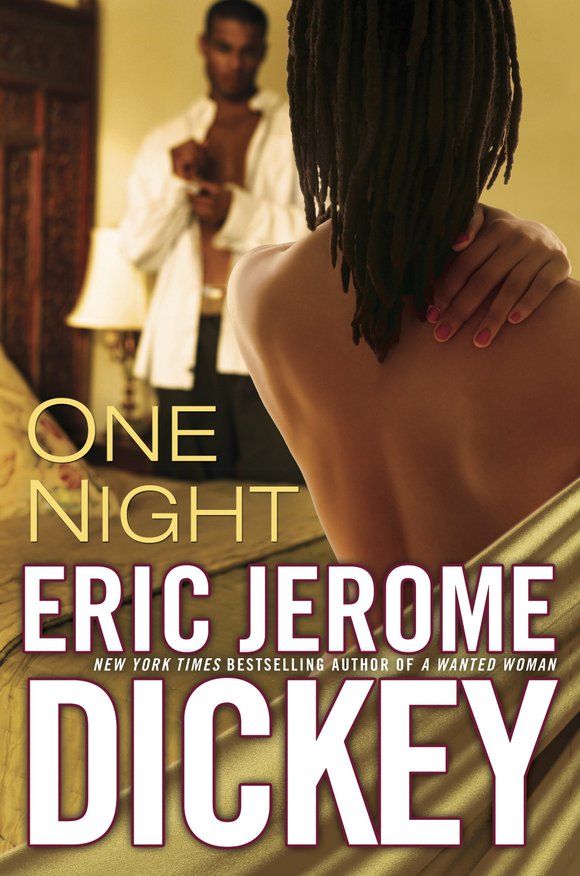 Would you look at that.

Actually, probably, you already have. You’re one of the most observant people you know, never missing a thing, always noticing. You make a great witness because you see everything. And in the new book “One Night” by Eric Jerome Dickey, you see two people about to make a mistake.

It was pouring rain that evening and it perfectly matched her mood.

Once she’d been a comedian and an actress. She’d been someone’s mother but now she was dressed in a pilfered shirt from an electronics store, driving a stolen truck and trying to con somebody into paying for a box of rocks because the rent was due and she didn’t have it. The man putting gas in his expensive car looked like an easy mark.

He had a bruise over his eye, which was fine: she had a bruised heart. She offered the box for sale and he handed her the money, knowing full well that it was a con. He also handed her a business card with an Orange County number before he drove off. She knew he wouldn’t get far; L.A. traffic was backed up, police were everywhere, sirens blasting. Her boyfriend wasn’t answering his phone, so she dialed the man’s number to explain that conning really wasn’t what she was all about.

He was skeptical. She challenged him to meet her at a diner.

Dinner was strained but pleasant, a get-to-know-you where very little information was exchanged. She didn’t want to be alone; he didn’t want to go home to a wife he no longer loved, so they went to a movie before he kissed her in a way she’d never been kissed. She was the first to mention a hotel. He paid for the luxury room.

She thought she’d been in love before: with the father of her daughter, certainly with her daughter but she’d never been with a man who did to her what the man from Orange County did. He made her moan and call out things that she didn’t know she had a voice for calling.

It was only supposed to be a one-night stand. But she wasn’t being entirely truthful with him. And he definitely wasn’t telling her everything, either…

But it’s not just that. Author Eric Jerome Dickey ekes this novel out slowly, minute-by-minute, like a slow dance between two people who aren’t forthcoming with facts to one another – or to readers. That can be snail-like, but it’s also fascinating: we know there’s something we’re not quite seeing, but we’re too distracted by the tryst to figure it out – that is, until Dickey repeatedly interrupts the action with smartly-timed shocks that reset everything.

There are a few moments of silliness in this book but overall, I couldn’t let it go and if you can handle the lengthy bedroom scenes, you won’t be able to, either. For readers who crave a boatload of spice with their novels, “One Night” is worth two looks.