Solving the State's Fiscal Challenges Requires Coming Together in Moderation 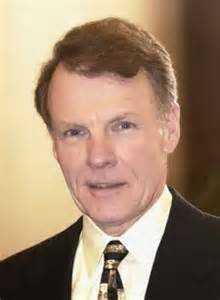 Guest column by Michael J. Madigan, Speaker of the Illinois House of Representatives

Solving the fiscal challenges of Illinois requires a balanced approach. That is why I pledged to work cooperatively and professionally with Governor Rauner. I will keep that pledge and continue working to ensure the governor and Legislature come together in moderation to help Illinois' middle class and other struggling families.

In addition to that pledge, I stated that the number one issue facing Illinois was the budget deficit. That has not changed.

In February, Governor Rauner proposed a budget that was not only billions of dollars out of balance, but also cut the medical care services of the elderly, the disabled and struggling families through Medicaid by $1.5 billion, services for victims of child abuse, and the nursing home care of thousands of frail elderly residents. But the state cannot rely on cuts alone to solve our $4 billion deficit. Eliminating the budget deficit will take a balanced approach that includes both spending reductions and new revenue.

Legislators did not agree with the governor's unbalanced approach, so we passed a plan that included hundreds of millions of dollars in spending reductions while protecting middle-class families and others who struggle by increasing funding for schools and preventing damaging cuts to public safety and services for the elderly, children and the developmentally disabled.

In addition to approving hundreds of millions of dollars in spending reductions, House Democrats opposed increasing lawmakers pay. In the budget we passed, legislators' pay was frozen at the same level as last year. However, despite the Legislature's intentions, when the comptroller made it clear that she planned to provide a pay increase to lawmakers, we took action to make clear that we opposed an increase in lawmakers' pay. This is the seventh consecutive year the House has voted to cut legislators' pay by rejecting a cost-of-living increase.

Despite the enormity of our budget challenges, the governor is diverting his attention to many ideas that run counter to the core beliefs of Democrats and Republicans - counter because his proposals will hurt every middle-class family in Illinois by reducing wages and the standard of living of middle-class and other struggling families. Though I believe the number one issue remains solving the budget deficit, the House has shown its willingness to compromise with the governor in areas where middle-class families are not hurt.

For example, many legislators agree with the governor on a plan to revamp Illinois' economic development agency to help spur job growth and retention, and the House passed a bill to be responsive to the governor's request. This tool may assist in preserving jobs at the Mitsubishi plant in Normal, which last week announced plans to close due to a decline in auto sales.

According to the most recent Illinois' Workers' Compensation Commission, workers' compensation costs in Illinois are declining, and the House has debated new ideas to build on reforms passed in 2011, as the governor has requested.

The governor was persuasive on these ideas, and both could help improve the state's economic climate. But the governor has not been persuasive with Republicans or Democrats on several other topics where middle-class families would be hurt if we instituted the changes he desires.

Governor Rauner's insistence on the passage of legislation that hurts middle-class families with no willingness to compromise is an extreme position. The people of Illinois cannot afford extreme positions. The state's fiscal challenges, including eliminating the state's budget deficit, can be addressed if the governor and the Legislature work together in moderation.