PRINCE an edgy look at male coming of age 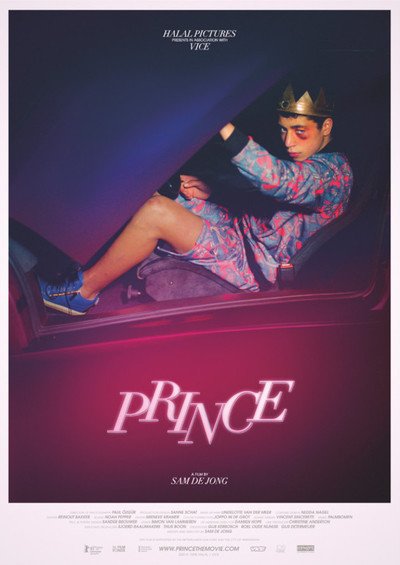 In theaters and VOD beginning Friday, August 14th, it is one of the most compelling

films to be released this past weekend. Debuted at the 2015 Berlinale where it

Feature, it is sure to change the template for future 'coming of age' films.

Media, the film is in Dutch with English subtitles, and stars newcomer Ayoub Elasri

Amsterdam, PRINCE depicts the hardscrabble existence of a mixed bag of North

Just on the cusp of manhood, these post-adolescents are obsessed with the universal

and pretty girls. One of the opening scenes shows one of the local toughs hawking

Although the setting of PRINCE is world's apart from the U.S. cities of New York

and Los Angeles where it is currently premiering, it depicts a social landscape that

is all too familiar; bored, impoverished teens living in a concrete wasteland with

no money, too much time on their hands and the fool's gold lure of the thug life.

Bouslimane (played with elegiac pathos by Chaib Massaoudi in a standout

performance), who has turned over his life for the needle. He is apathetic figure,

but there is something almost Christ-like in his suffering. He has chosen to view

life from the sidelines, taking on the burden of suffering for all those around him.

that are the hallmark of the young male species. The boys are seen standing around

idly in the concrete square at the center of their drab public housing development,

sucking on sunflower seeds, spitting and bragging about seducing girls (which

they've never done) and amassing bling (which none of them can afford). "I need new

shoes," one of them says, to no one in particular. "I'm starting to look like a

bum." The symbolism of that remark will play out later in the film when Ayoub is

given an expensive pair of Zanotti sneakers by Kalpa, the local gangster, as a down

show the rest of the gang how to kiss a girl. He goes through all the motions, with